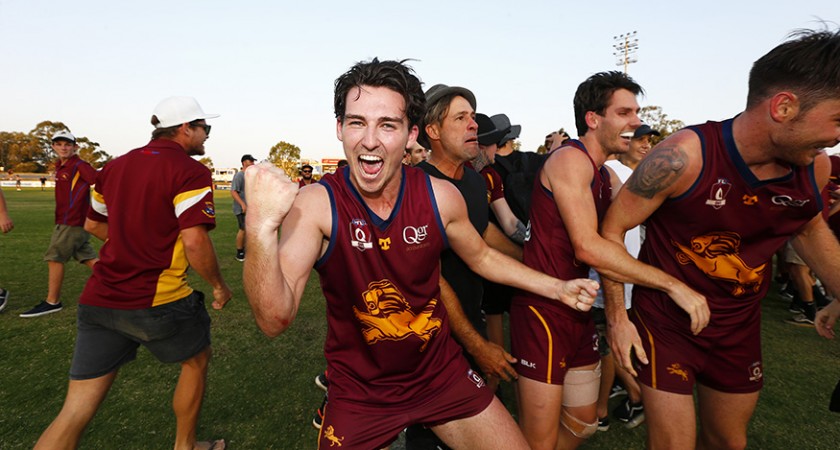 QAFL premiers Palm Beach Currumbin look set to remain a strong outfit in 2018, after recently announcing the signatures of a number of Southport players with NEAFL experience.

Following in the steps of Grogan Medal winner Jason Burge, who transitioned from NEAFL to QAFL this year, will be Jon Croad, Thomas Thynne, Nicholas Crowley and James Holland.

Owing to their NEAFL alignment, both Croad and Thynne played a handful of games for the Lions in 2017, and decided to sign on in light of Palm Beach’s recent premiership win.

Crowley and Holland also join Palm Beach from the Sharks, Crowley adding some height along with Croad, while Holland fits in as a young small forward with some tricks.

The Lions appear to be active this off season and are in conversations with players from interstate that may also join the premiership list.

The successful coast club also looks like hanging on to the majority of their premiership players with Dylan Troutman and Antony Sercombe being the only notable players moving on.