Old Boys make the grade with first ever Grand Final 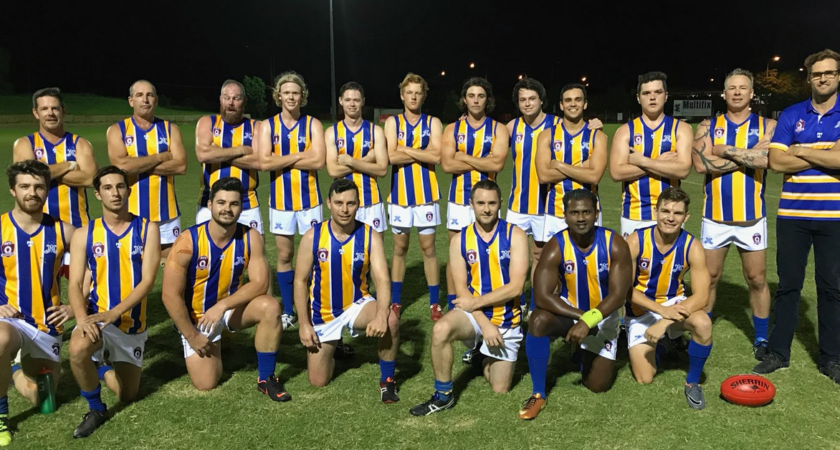 In their second season as a club, the Marcellin Old Boys are set to play the QFA Division 5 Grand Final against Bribie Island on Friday night.

Following their eighth place finish in 2018, this season has seen the Old Boys turn the tables and come in only six points behind the Minor Premiers.

This year, the Club has added to their list with recent graduates and experienced older players; it’s this mix which has transformed the Old Boys into a Grand Final calibre side.

The Old Boys Club was established for past Marist students from all around Queensland to continue their love for the game, in shared values and charism.

The Old Boys are connected with Marist College Ashgrove, Mt Maria College Mitchelton, St Teresa’s Noosaville, and even boasts players from down in Marist Canberra.

Senior Committee member Brett Gillett says the decision to unite under the Marcellin brand was an easy one.

“Marcellin had a proud history of AFL, and [we] utilise the Marcellin brand to allow all Marist Colleges to come together after Year 12,” Gillett told aflq.com.au ahead of the big game.

The Marist links are evident in the club’s ranks with the team’s captain and 2013 graduate Chris Hardy, as well as coach and 1993 graduate Dan Cleary.

The Marcellin Old Boys are also joined by a talented list of local players, keen to share in the mateship and play some good footy.

A long list of former Marist students have played in the AFL including Charlie Cameron, Marcus Bomptempelli, Luke Shuey and Lachlan Keeffe.

Marcellin share their home ground with the Wilston Grange Gorillas at Hickey Park and have been supported by the Gorillas in offering training and game venues while also being sponsored by McNab Builders.

Wilston Grange President Mathew Trewhella embraces the culture of it all and even plays with the Old Boys.