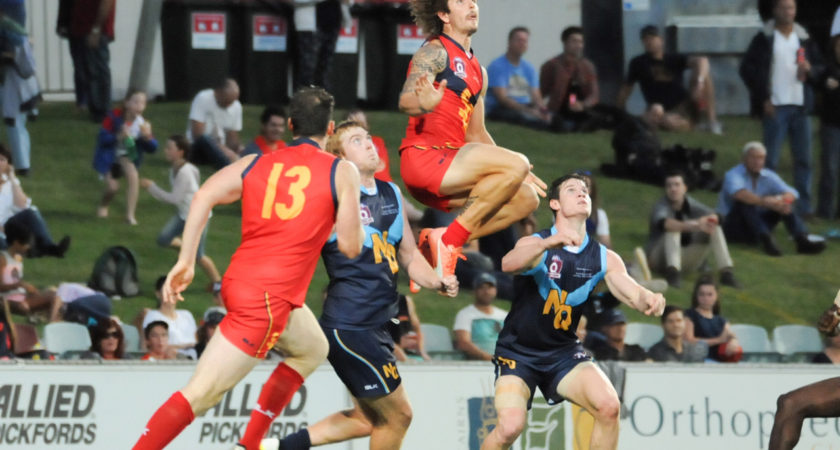 AFL Queensland have announced their preliminary North and South Queensland representative squads in preparation for next month’s annual intrastate clash.

The two sides will go head to head for the fifth time and with the ledger even at two wins apiece, thus the marquee match boasts stakes higher than ever before.

Squads for the game, which will be played on July 14 at the Aspley Hornet’s Graham Road venue, were selected following numerous selection meetings with coaching staff and AFL Queensland representatives.

Players in the South Queensland side will be represented by players from QFA Clubs in the south-east region, as well as players from the Wide Bay, Darling Downs and Northern Rivers leagues.

For the first time in the game’s history, both representative coaches will remain the same from the year prior.

Danny Craven is at the helm of the South Queensland side for the third consecutive season, while Brad Cooper returns for a second stint at shuffling the magnets for the North Queensland team.

Cooper’s initial 48-man squad possesses a wealth of experience, highlighting the unmitigated levels of talent from the north.

The Port Douglas Crocs, who have lost just one game this season in the AFL Cairns competition, are the most well represented side with ten inclusions in the squad.

Among the Crocs to be named in the initial squad is former Sydney Swans player, Brett Meredith, who has booted 16 goals in his ten games, and Kye Chapple, who has booted 100 goals in each of the past three seasons.

Former Melbourne Demons star, Aaron Davey, who kicked 174 goals in his 178 games at AFL level, is one of two Cairns City Lions players in the squad.

AFL Cairns leading goal kicker, Thomas Eltringham, has been rewarded for his form in front of goal with his inclusion in the squad.

Eltringham is averaging over eight goals per game this season, and is one of nine players from the Cairns Saints to be named, along with Tasmanian native Cameron Johns.

The South Queensland squad features 48 players, as they look to extend their streak in the representative game to three wins.

Noosa and Maroochydore’s dominant form in the QFA Division 1 HART Sport Cup has been duly acknowledged by the selectors, with nine players named from each club.

Ryan Holman is set to be a massive inclusion this year as the recent addition to the Mayne Tigers comes with state representative experience as well as over 100 NEAFL matches with Morningside and Aspley. Playing on home turf will ensure that he holds all the cards for this crucial match.

The team’s goal kicking prowess will come via Maroochydore spearhead, Mitchell Scholard and Burleigh full forward Calhan McQueen. Between them, they have contributed 91 goals so far in 2018 and sit first and second in the HART Sport Cup goal kicking.

Noosa star Thomas Templeton, last year’s Ron Davidson Medallist for the best South Queensland representative player, has the ability to turn the game as a goal kicking midfielder and will be player North Queensland will be keen to contain.