No complacency for Palm Beach in QAFL 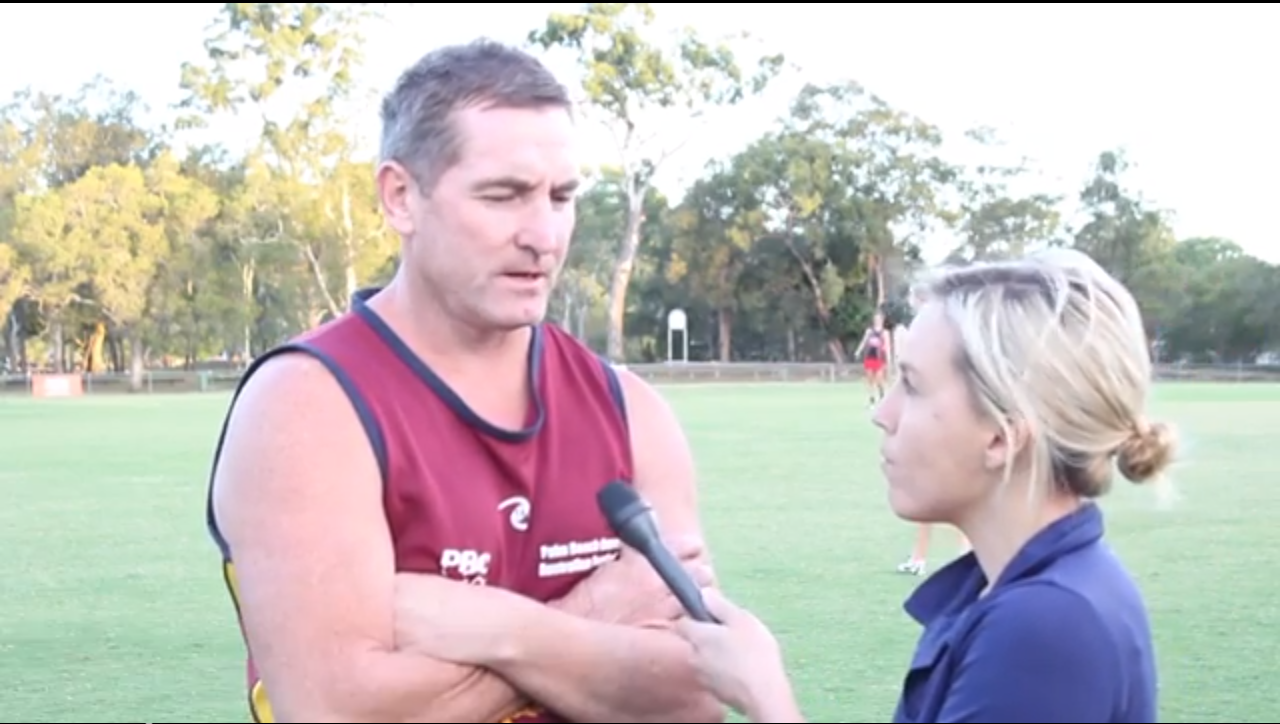 Palm Beach coach, Daryn Cresswell, says his side won’t let any complacency creep in ahead of the 2014 QAFL season.

The Lions won the flag in the SEQAFL Division One competition last year, but Cresswell said that success has driven them to push further this pre-season.

“They worked extremely hard with their discipline to do that (win the premiership) ,after we lost that first final and they’ve just gone on in leaps and bounds since then,” he said.

“We’ll be certainly doing our best to make it happen again.”

Cresswell said he had focused on improving his side’s fitness in the pre-season, with a number of bigger grounds coming into play in the new QAFL competition.

“Our results from last year are up 15-20% in our beep tests, so it’s been really pleasing the way the players, particularly our leaders, have worked.”

Despite losing last year’s captain, Angus Munro and Duncanson Todd Medallist, Zane Murphy, last year, the Lions have managed to keep the core of their premiership side together, led by new captain Jesse Derrick.

It is Derrick and his deputies Matt Derrick, Jackson Emblem and Sam Bourke who have led the way over summer, cutting leaner figures than in the past.

“Jesse picked himself as captain, off what he did last year and what he showed in the first three months of pre-season,” he said.

“There  was no question about that and credit to Jacko, Sam and Matty ,they picked themselves too, in the way they’ve gone about their training and the condition they’ve come back in.”

Bourke could see himself in a more attacking position this year as well, after kicking five goals in a practice match in Cairns last weekend.

Click above to see our video chat with Daryn Cresswell.

The Lions blooded a number of promising youngsters last season and there looks to be more where that came from, with 16 year-old Brad Scheer impressing early.

While they might be expected to be the pick of the SEQAFL sides moving into the QAFL, Cresswell said the new competition there would be no easy wins in 2014.

“I think Labrador, Morningside, Broadbeach and  Mt Gravatt, they’re the NEAFL sides and they’ve been playing a higher standard than what we have,” he said.

“They’re the benchmark and we won’t know where we sit until we play them.

“We’ve got a tough first round in Surfers, who we have  a big rivalry with. It’s going to be a tough year.”

While he is optimistic about his side’s off-season improvements, Cresswell knows you don’t win flags in March.

“I think they’re in the best condition they’ve ever been in and they have to be,” he said.

“I’m really proud of what they’ve done so far but it doesn’t mean much if you lose the first couple or round one, so we know we have to implement that into our football now.”

Palm Beach hosts Surfers Paradise at Salk Oval on April 5 in Round one of the QAFL.

The QAFL has been reformed in season 2014 due to a restructure of the NEAFL competition.