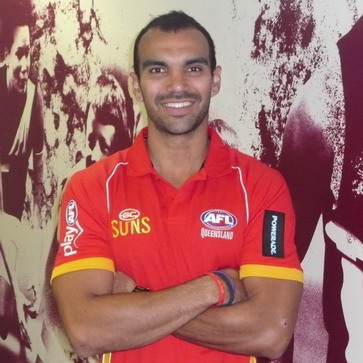 In announcing the appointment, State Development Manager Jim Cail told how Green (pictured) was identified at a national level through the ‘Footy Means Business’ Program co-ordinated by the AFL and Rio Tinto.

The Footy Means Business Program provides leadership and development opportunities for young indigenous men to further their careers both on and off the field.

“Jesse excelled in this program and comes to us with a strong understanding of our talented player pathway, having played with the Western Taipans at U16 and U18 levels before joining Mt Gravatt in the NEAFL competition,” Cail said.

Green will be based at Yeronga and will report directly to AFLQ Engagement Manager Trent Ryan, who is responsible for multi-cultural and indigenous engagement programs.