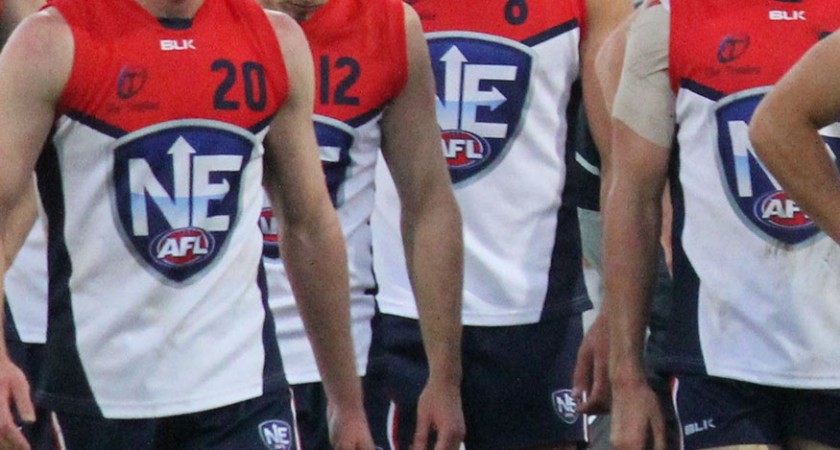 The North East Australian Football League (NEAFL) has finalised its 23-player squad ahead of the representative clash against the Tasmanian State League (TSL) in Burpengary on Sunday.

Coached by AFL Queensland Hall of Famer John Blair, the 2015 NEAFL squad blends AFL experience with some of the competition’s most promising young talent.

Draft prospects Jordan Harper (Ainslie), Josh Wagner (Aspley), Josh Smith (Redland) and Matt Uebergang (Redland) will get their chance to impress after being rewarded for strong starts to the season at their respective clubs.

NT Thunder’s Justin Beugelaar is a late addition to the backline, coming in to replace injured Aspley defender Michael Hutchinson.

Every non-AFL club is represented in the team, with Sydney University leading the way with six players and defending premier Aspley five, where the average age of the side sits just under 25.

Blair said he is looking forward to seeing what the side can produce in a rematch of last year’s disappointing 41-point loss to Tasmania in Hobart.

“We’ve got a blend of everything, with AFL experience and a few young guys who have the opportunity to take the next step,” Blair said.

“We know Tasmania have a rich history and a lot of pride within their competition.

“From here on in, it’s up to the 23 players selected for the NEAFL to bring some attitude.

“It’s up to them to draw a line in the sand and show what the NEAFL stands for and how they are going to be respected.”

Four-time NT Thunder best-and-fairest Cameron Ilett has been named captain of the NEAFL for the third consecutive year.

Ilett, 30, has represented the NEAFL every year since its inception in 2011, where he captained NT Thunder to the competition’s inaugural premiership and also won the Grogan and Andrew Ireland Medals.

“Cameron has been a warrior for representative football and wherever else he has played. He deserves the honour of captaining our side,” Blair said.

The NEAFL will take on the TSL from 4pm on Sunday, June 7 at Moreton Bay Sports Complex in Burpengary, north of Brisbane.

The match will be streamed live on the NEAFL’s YouTube channel.