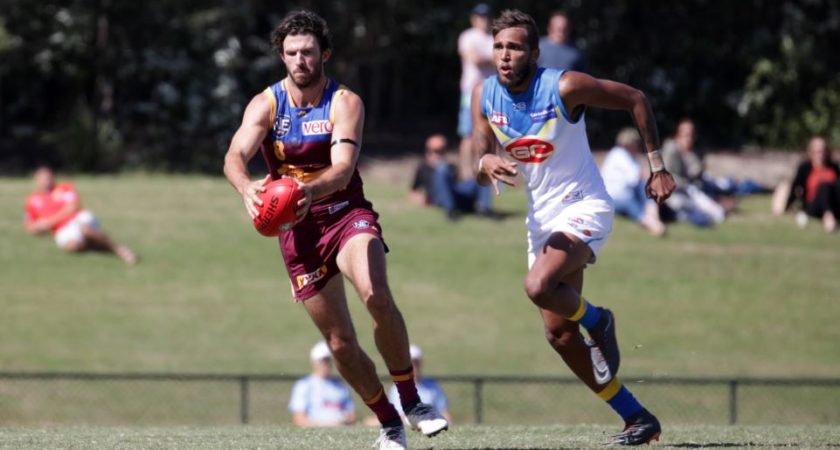 The finals might not start until September, but for the SUNS and the Lions, they have basically already started. With both sides fighting for sixth spot with the GIANTS, and all three of the teams playing each other twice in the last eight rounds of the season, it is like a mini finals series.

Despite losing to the Lions on two occasions earlier this year, the SUNS are playing their best at the moment, winning their last three games including an inspiring win over Sydney last week. Gold Coast’s rich vein of form has forced Brisbane outside of the top six after their draw with the GIANTS last week. Brisbane has improved from their disappointing middle of the season slump, losing by two points against Southport, beating Sydney University and last week’s draw, but they still have only won one of their last eight games.

2. Gold Coast was embarrassed by the Brisbane Lions back in Round 6 when they only kicked four points for the whole match. The SUNS and the Lions are very different outfits to back then, but the hunger and determination for revenge for Nic Malceski and his men will be high.

For academy players, curtain raiser matches playing against AFL-listed players is a perfect chance to show their talent. Under-19 Brisbane Lions Academy member Jai Kennealy certainly took the chance last week, with an impressive display up forward. Named as one of the Lions’ best, Kennealy had 14 disposals, nine contested possessions and two crucial fourth-quarter goals.

The Michael Barlow factor has been huge for the SUNS this year. In the six games Barlow has played, the SUNS have won five of them. In the eight matches Barlow (averaging 44.3 disposals a game) hasn’t played in, the SUNS have only won two.

"It's such a powerful thing": Ball hopeful for Gold Coast Pride Cup
Round 15 QAFL Preview and Teams