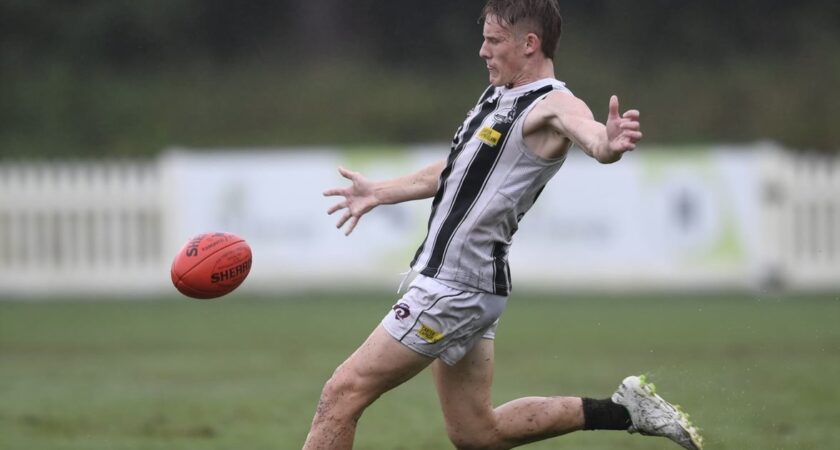 Sherwood / Brisbane Lions Academy player Jaspa Fletcher will fly the flag for Queensland this weekend today named in the NAB AFL Academy team that will represent Australia against Collingwood VFL on Saturday May 21 at Frankston’s Skybus Stadium.

Thirty players were originally announced in the 2022 NAB AFL Academy last December, with a further four players since added to the squad.

The players selected in the NAB AFL Academy have participated in an accelerated Australian Football and personal development program, established to best prepare them for elite competitions.

That included a high-performance training camp that was held in April.

The NAB AFL Academy match against Collingwood VFL will be held at Frankston’s Skybus Stadium at 3.00pm on Saturday. Only the 25 top-age players in the 2022 NAB AFL Academy will play in the match.

The squad will have a training session at The Hanger, the home of Essendon Football Club, at 2pm on Friday May 20, with a jumper presentation event to be held that night.

“The players selected in the 2022 NAB AFL Academy represent the future of the AFL and have been selected as recognition for their football potential,” Lockyer said.

“Selection into the squad is great recognition for all the players and continues to highlight the AFL as the first-choice sport for our most talented athletes. It is extremely pleasing to have all states and territories represented within the squad.

“Saturday’s game against Collingwood VFL will provide our most talented young footballers the opportunity to compete against a senior team and display their talent ahead of the 2022 NAB AFL Draft.

“I congratulate all players who have been named in the NAB AFL Academy and I cannot wait to see them in action on Saturday.”

HOW TO WATCH: A live stream of the match between the NAB AFL Academy and Collingwood VFL will be available on the AFL website.

The NAB AFL Draft is part of the NAB AFL Rising Stars Program, which supports grassroots players and football communities and helps young Australians fulfil their dream of playing in the AFL.

NAB has proudly supported footy for over a decade, providing boys and girls with a clear pathway from NAB AFL Auskick to the big time.