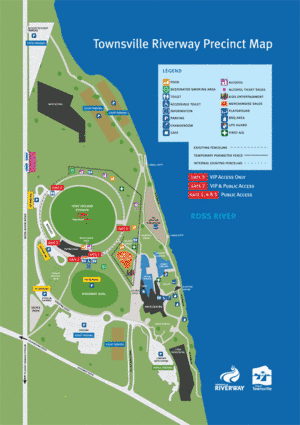 The countdown is on to Townsville’s first NAB Cup match between the Gold Coast SUNS and the North Melbourne Kangaroos to be played at Tony Ireland Stadium this Saturday, March 2.

With five days remaining, fans are urged to secure their tickets.

AFL Queensland CEO Michael Conlan said …“We’ve had a great response from the local community and we’re really pleased to be able to bring live AFL to Townsville this year.

“Ticket sales have been strong and we’re expecting a great crowd for the match. It certainly sends a strong message about the local interest in our game,” he said.

“It’s going to be a great game with a fantastic supporting festival and I would encourage people to get their tickets now to avoid disappointment,” she said.

“This is our chance to show off the city’s support for the code and help to secure future matches in Townsville.”

Remaining tickets can be purchased from ticketshop or by phoning 4727 9797.

It will be a great afternoon including free entertainment for the kids with the AFL Playground open before and during the match.  Fans are encouraged to bring their own footballs to join in the traditional after match Kick-to-Kick on the main oval.

The Defence Force will face off against Townsville AFL in the 12.30pm curtain raiser to the main match at 3:30pm.