Mayne ‘From Glory to Heartbreak’ launch 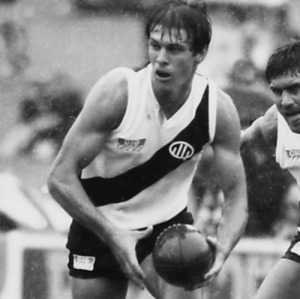 Mayne football club will launch ‘From Glory to Heartbreak’ – a book chronicling the history of the club – at the Breakfast Creek Hotel on Wednesday October 24.

Author Bob Gower started with the Mayne juniors in May 1992 as coach of his son Steven’s Under 15 team and remained with the juniors for the next two years as a coach, committee person & delegate.

In 1995 he moved on the senior club as team manager and the next year became President and board member.

Bob has held various administrative or coaching positions every year over a course of 21-years and became a life member of the senior club in 2004.

Bob says the reason for writing the 87-year history of the club was simple; he had been the senior club recorder since 1995 and eventually the club historian. When the club lost its two grounds at Windsor Park plus the beautiful licensed ground in Grafton Street in 1997, records & memorabilia were scattered everywhere.

As the years passed by it became very apparent that the history of this famous and very successful club needed to be researched and preserved for the future and after six years ‘From Glory to Heartbreak ‘ became a reality.

The launch at the famous Breakfast Creek Hotel (Mayne’s watering hole since the club’s inception in 1924) will be a very proud and happy occasion for the club and Bob.

The launch commences at 5pm and everybody is welcome.