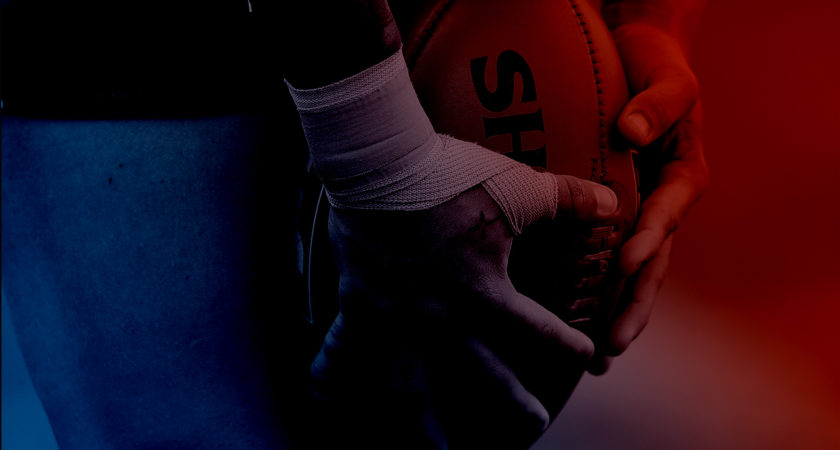 This match will be live streamed here.

Saturday’s blockbuster boasts perhaps higher stakes than any of the previous four contests between the two sides given the history associated with each team.

Both South Queensland and North Queensland have tasted victory twice against their opposition and 2018’s will provide one side with an upper-hand for at least the next twelve months.

North Queensland found themselves among the winner’s circle in 2014 and 2015 but lost the following two encounters by an average of 34.5 points.

For South Queensland, having won in both 2016 and 2017 likely makes the home side favourites ahead of the showdown; especially given former Mayne mastermind, Danny Craven – who is undefeated in this series, will again coach the side.

Brad Cooper will return for a second straight year to head up the North Queensland coaching group and can take solace in the fact that despite their recentlosses, the travelling team has never lost.

Of course, for both sides, the challenge of the intra-state representative game is effectively gelling a squad of players from hundreds of kilometres away in such a short amount of time.

Given the number of leagues associated with each region and the sheer size of Queensland, over 300km separates players in the Southern side while some North Queensland teammates face a barrier of over 1,200km between players in Port Douglas and BITS Saints.

We caught up with them to get their thoughts ahead of the big game. pic.twitter.com/0POt0rYvHn

What the coaches are saying

Speaking prior to the match, South Queensland Head Coach, Danny Craven was hopeful his side could win at home.

“We’re reasonably confident we’ll give a good account of ourselves on our home deck,” Craven told aflq.com.au.

“It’s been a bit of a battle over the last few weeks just finalising the squad but we’ll have a competitive outfit.”

Just four players in the South Queensland side have returned from last year’s team meaning Craven has the difficult task of coaching a new wave of talent this time around.

“This year has been a difficult year to gauge. We’ve had a lot of change and we’re not sure how they’ll roll out.”

“We’ll both be fairly evenly matched like we have over the last few years.”

Craven’s North Queensland counterpart, Brad Cooper, remained coy about his side’s chances ahead of the game.

“We’ve had a really good week on the track and now the boys are excited to head down on Saturday and get into the game,” Cooper told AFL Cairns.

Cooper identified the midfield group as an improvement from the North Queensland sides of years past.

“It’s an area where I thought we had lacked previously and somewhere South Queensland have been very strong.”

“It’s just about bringing what they can do at club level and then stepping that up another level because the game is going to be a fair bit quicker.”

“I’m really excited with the group that we’ve got.”

Following the final team announcements on Monday afternoon, it’s evident both South and North teams will field the best their regions have to offer.

Former Melbourne Demon Aaron Davey had been named in the midfield and boasts a wealth of AFL experience to his name.

Davey played 178 games for the Demons and currently coaches at the Cairns City Lions.

Brett Meredith, who played 16 games for Sydney from 2008-2012, will combine with Davey in the midfield as an experienced one-two.

For the South Queensland side, Rhan Hooper will ply his trade inside 50.

The former Brisbane and Hawthorn forward has missed out on selection in previous years through injury, but will feature in his first game this time around.

South Queensland has named Daniel Dzufer as captain again. He will be ably supported by vice captains Rhan Hooper and Dean Hartley

After being named Co-Captain of the North Queensland side during the week, Kye Chapple looms as a pivotal match winner for the away team.

North Queensland Co-Captain Kye Chapple will be pivotal for the away side as the best forward of either team in the game.

Chapple has kicked over 100 goals in each of the past three seasons and will likely draw plenty of attention from the Southern side.

The matchup of Chapple, for whichever South Queensland player assigned to do so, will go a long way in deciding the game’s end result.

The South Queensland v North Queensland representative match will commence at 4:30pm, July 14, at Graham Road Aspley following the NEAFL showdown between the Hornets and Southport.

If you can’t make it to the match, you can watch the game live here.

You can also find out live scores and stats here.

With the SQ v NQ showdown just days away, we put our South Queensland players to the test to answer all of the tough questions.

We're not sure Maccas and a pie before the game is the best choice though… pic.twitter.com/YjmIdt2u7y