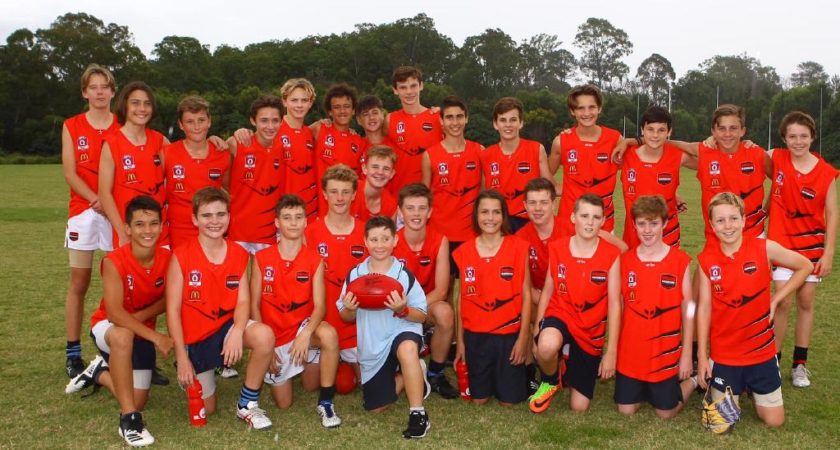 MARYMOUNT Primary School are set to make their maiden appearance in the AFL Queensland Schools Cup finals and they are determined not to just make up the numbers.

The school will play in primary male division at the state titles, to begin today at Maroochydore Multi Sports Complex, after being unable to progress past the first round of the Cup in two previous attempts.

Marymount coach Ben Short said the school wasn’t going to use its underdog status to measure any outcome at the finals after progressing into the last stage undefeated.

“There is always a little bit of pressure which is all right because we have invested a lot into it,” Short said.

“We are happy to be in the finals but we are looking for a good result while trying to keep it fun at the same time.”

Short said the team’s improvement came on the back of increased interest from rugby league players who provided a different element to the side.

“We had to poach some guys from rugby league and there is more interest in Australian rules,” Short said.

“A few of the league boys came over tried out for the team and really liked it, especially some of the kids who haven’t developed physically as much and don’t go as well in league because there are some big kids who play in the state league competitions.

“They are quite good at Australian rules because they are agile, small and quick and can have a good improved. It’s helped us a lot.”