Maryborough Bears drive away with 100k 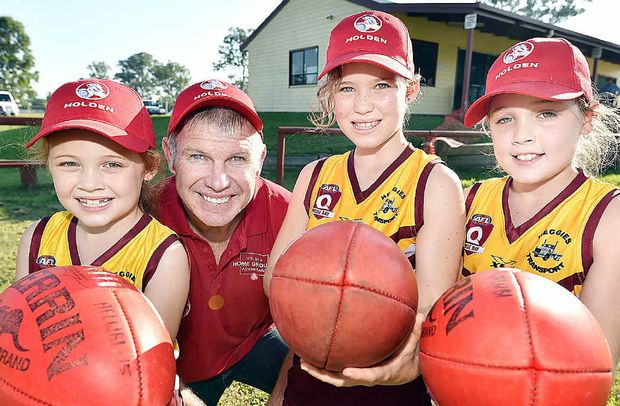 Marborough Bears AFC has been given a massive boost with $100,000 donated by Holden to the club.

“With a shortage of resources and no funding for adequate facilities over the years we’ve seen our female club members dwindle,” Mr O’Brien said.

“We’re currently down to our last two female players, with a lack of privacy in the sheds a major contributor to this,” he said.

“It’s important to the club to provide members with a safe and welcoming environment.”

The new infrastructure is expected to benefit the whole community, with the club open to community groups and school sport teams.

Holden managing director Jeff Rolfs was proud to be able to support the Bears.

“We’re excited to see the club’s transformation and the difference the grant will have on participation and retention for female players,” Mr Rolfs said.

“It’s important to help nurture and grow young players – boys and girls – and encourage them to give sport a go,” he said.

“We’re hoping the improvements will help revitalise sport in the Maryborough community and give everyone a greater chance at having a positive sporting experience.”

After the presentation Lachy Grant, 6, Jordan, 9, and Victoria,7 play football.

At the presentation yesterday the Bears’ committee was joined by AFL legend Danny Frawley and Wide Bay AFL development officers.

Young players also enjoyed a skills clinic with the officers after the announcement.

Holden’s Home Ground Advantage is a program that provides local sporting clubs with the opportunity to invest in clubrooms, sporting grounds, equipment or general facilities.

Applications open June 1 for the next round of Home Ground Advantage grants.

QWAFL Preview: Round 4
Friday Forecast: Round 4