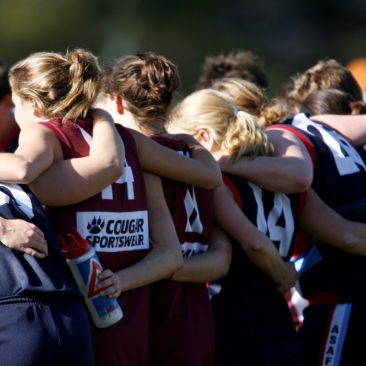 The Western Magpies are putting the feelers out for a women’s team in 2014.

Looking to revive the women’s side after a number of years out of action, the club will be holding a meet and greet on Saturday, February 22.

Football director, Peter McClennan, said re-establishing a women’s team was a priority for the Magpies.

“We were disappointed that we had to let it go in the past and we really want to establish ourselves as an all-inclusive club,” he said.

With the appointment of two new female board members, McClennan said it was the perfect time to focus on rebuilding a strong female cohort at the Magpies.

McClennan said the side would cater for all abilities and encouraged anyone interested to come along.

“The key message is you don’t have to be a massive footy fan, this is just about people who want to have fun and play,” he said.

“The women’s footy in Queensland is growing and we think it is important to be a part of that growth.”

The establishment of a women’s side will be dependent on attendance to Saturday’s meet and greet.

Interested women can head down to 41 Chelmer St East, at 10am on Saturday to meet McClennan and other key club figures to discuss the team.