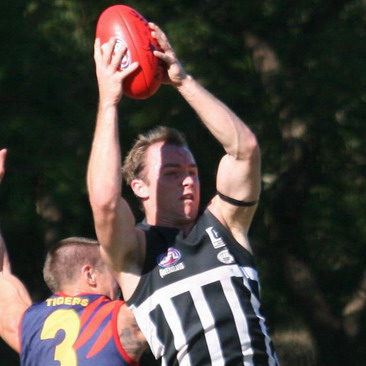 THE Western Magpies have made five changes for their home clash against Maroochy-Northshore at Chelmer Oval.

Coming off the back of a narrow escape over Springwood, the Magpies have had to come up with replacements for Shaun McEvoy, Peter Kilroy, Dominic Beer, James Power and Tony Flynn.
Into the top side are Chris Hunt , Sean Mewing, Bill Moorhead, Jack Parkes and Cameron Mitchell-Hill, the latter three all returning from stints with the Brisbane Lions reserves.
Away from the fact there has to be a lift in form from the Springwood outing, football manager Anthony McDonald also pointed out that the club needs a win on home turf.
Home games have been scarce following flood damage in January, but the Magpies have beaten only Wilston-Grange at Chelmer after losses to other top sides Noosa and Sandgate.
Maroochy, beaten by Noosa in the Sunshine Coast derby last round, have convinced hardman Peter Hay to pull on the boots again as one of four changes to the Roos line-up.
Hay, a super-fit kick-boxer, has been name at centre half-forward for the Roos, adding much-needed experience and size.
Coach Roger Delaney said the Roos were disappointing against Noosa and conceded lack of success is starting to sap confidence at the club.
But at least this time they are not coming up against an overly big opposition.