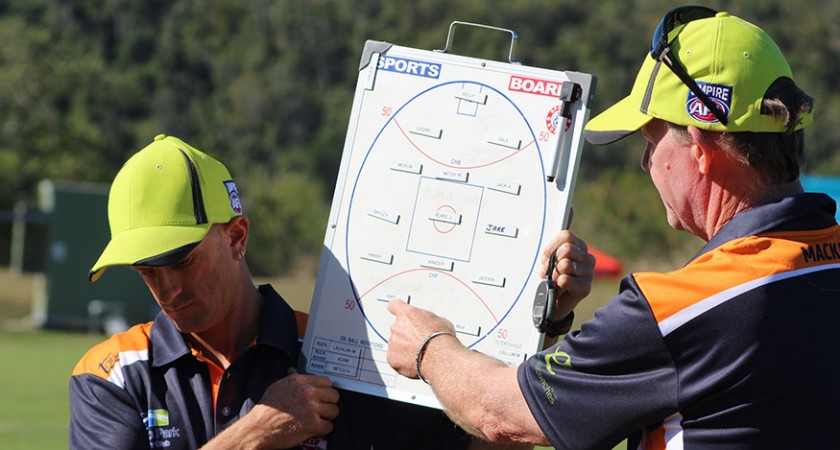 AFL Mackay today named the coaching panel to lead the Under 14 and Under 16 Mackay Crows representative sides at the 2016 North Queensland Championships.

Craig Widdowson will again take the reins of the Under 16’s; with 2015 Under 14’s coach Gary Downes and his assistant Shaun Creeley also returning for the 2016 campaign.

“Both Craig and Gary are fantastic; I am glad we have both on board again,” said AFL Queensland Mackay Regional Manager Jeff Neumann.

“I believe we have teams that will take our programmes and players to the next level.”

The Under 16 Mackay Crows will contest the North Queensland Championships from the April 8 to 10 and the Under 14’s from June 3 to 5. Both carnivals will be held at Whitsunday AFC, Airlie Beach.

All coaches will swing into action straight away with the AFL Queensland Summer Development program starting on Monday November 9 at Harrup Park.