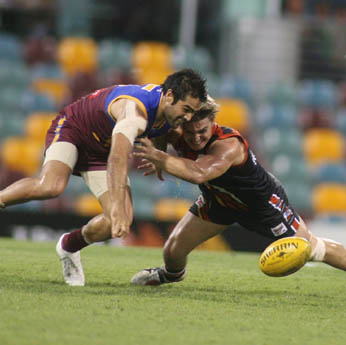 NT Thunder skipper Jarred Ilett puts the onus on the experienced players to lift the side in coming weeks.

NT Thunder skipper Jarred Ilett says it is up to the leadership group to turn around the side’s inconsistent form as they stare down a season-defining clash with Morningside at TIO Stadium on Saturday night.

The Thunder have struggled to field a regular 23-player team on the park all season, with a number of forced changes every week resulting in an uneven workload on the core player group.

But Ilett believes the responsibility lies within the leadership group to rectify the situation, according to the NT News.

“We need a bit more of a team effort, everyone needs to play their role and we as a leadership group need to take responsibility for some of the little things that may have crept into our preparation.”

Experienced heads within Thunder need to get “more hands on” according to Ilett, by working with some of the younger brigade one-on-one to build good habits around all facets of the game.

“We’ve had a chat as a leadership group about what we can do now, that will not only help us short term but will hopefully generate good habits and start building a bit of culture around the club,” he told The NT News.

Morningside hit top gear last week as they fielded closer to their best side on the field and will have plenty of confidence from having beaten the Thunder by 23 points in Alice Springs in Round 3.

“That’s another game that slipped away from us. And it is frustrating because we are definitely capable and good enough and have the talent, it comes back to effort and applying ourselves as a team,” Ilett said.

“Hopefully (we can have) a good week on the training track and looking forward to this game rather than getting frustrated with past results, and really having a crack at these guys.

“We didn’t beat these guys at home last time either so we have something to prove.”