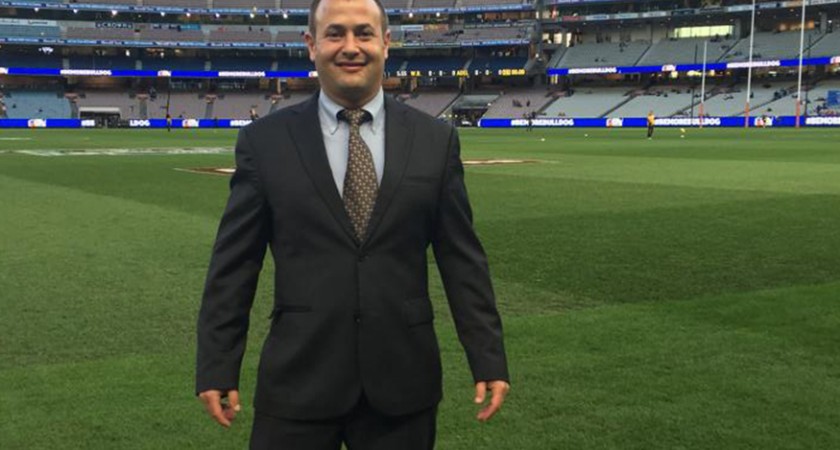 Breeden has been the driving force behind Kedron JAFC Auskick for many years.

His commitment to running one of the highest quality programs in the North Brisbane region has seen it grow from 48 participants in 2014 to 83 in 2015.

Breeden’s passion for the game rubs off onto participants, with 55% going on to play club football.

He is also committed to training and up-skilling the club’s volunteer workforce to ensure the continued success of the Kedron Auskick program.

AFL Queensland State Development Manager Mark Ensor said the work of volunteers like Breeden was a key factor in the success of the program.

“The NAB AFL Auskick program is our flagship game development program and it just wouldn’t be possible without the dedication and commitment of our volunteers,” said Ensor.

The Auskick program, which celebrates its 20th anniversary in 2015, continues to grow in Queensland, with just under 28,000 participants and over 850 centres across the state and Northern Rivers.

“Auskick is typically the first AFL touch-point for most boys and girls, and it is this experience which can determine if a young child develops a passion for Australian football and continues to love the game,” said Ensor.

“We are so fortunate in Queensland to have a fantastic group of dedicated volunteers and the NAB AFL Auskick Coordinator of the Year program aims to reward and recognise their commitment.”