Jenkins back in charge at Redcliffe 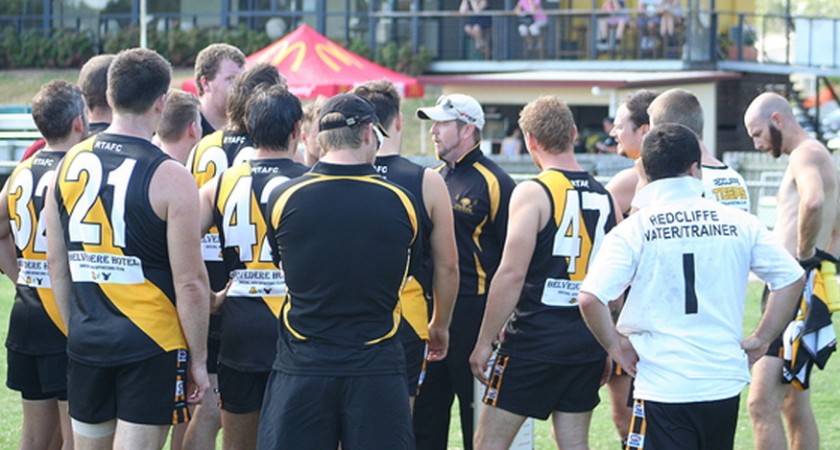 After a 12-month hiatus, Steve Jenkins is back in yellow and black, re-taking the reins as senior coach of the Redcliffe Football Club.

Jenkins was approached by the Tigers to come back to the top job; an opportunity he jumped at.

“I am feeling very refreshed after the break and am looking forward to coaching again,” Jenkins told Quest Newspapers.

Jenkins is no stranger to success at Redcliffe. After first walking through the doors of Tigerland in 2000, Jenkins was part of the brains trust behind over a decade of sustained success.

“I was fortunate enough to play and coach during the club’s most successful time so far,” he said.

The Tigers only managed four wins last year, but Jenkins is confident that will increase in 2016.

“I think we can definitely build on last year, there is a good foundation to build on,” he said.

“We are in a recruitment phase at the moment and a big focus is on player retention.”

Despite a lot of positive boxes being ticked this pre-season, Jenkins isn’t prepared to count the chickens before they hatch just yet.

“We will find out how we sit amongst [the rest of the competition] once the season kicks off,” he said.

The Jenkins announcement isn’t the only good news to come out of Redcliffe recently, with Brendan Saggers appointed coach of their inaugural Under 19 side for 2016.

When you combine that with the fact the Tigers new $20 million home at Nathan Road is expected to be completed in the next three to four years, it’s understandable why there is such a buzz around Redcliffe at the moment.