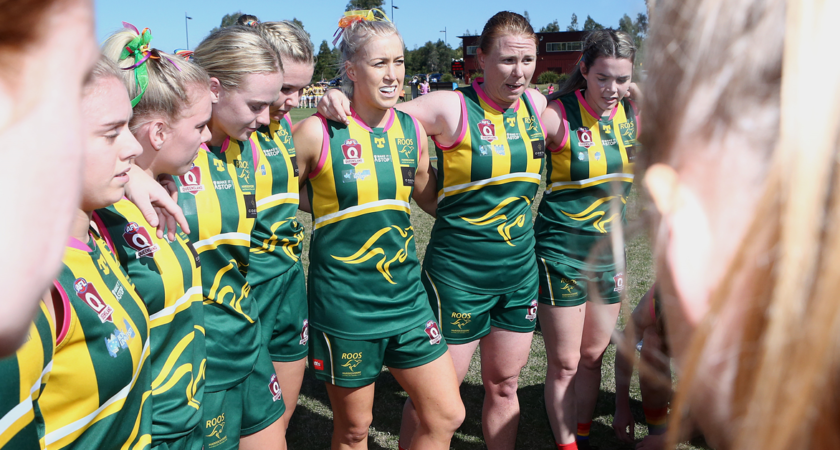 Maroochydore’s fairy tale 2019 season has reached a new crescendo after the Roos booked their ticket to the QAFLW finals for the first time in club history.

The Roos, who were promoted to the premier women’s competition following the 2016 season, secured their maiden appearance following their 99-point win over Aspley last weekend.

Maroochydore co-captain Ashleigh Hales, who has been with the team for two seasons and 24 games, said the chance to finally play finals has been two years in the making.

“It’s good to get some reward for effort, everybody shows up every week and puts in 100% but sometimes you lose sight of why we are actually doing this when the score isn’t on the board,” Hales told aflq.com.au.

“Getting the score on the board, getting wins ticked off, beating teams we haven’t ever beaten before, all of those little steps along the way.”

“To end up playing finals, I think it’s because of the two years of learning.”

“We’re not perfect, we still make mistakes, we still have a bit of work to do, but we’ve come along in leaps and bounds from where we started last year.”

Hales’ side have proved critics wrong the past few weeks, as a log jam in the ladder resulted in Maroochydore moving from fifth to third heading into Round 12.

Now, the team boasts back-to-back wins since their surge and their place in the finals was secured last round with their win over Aspley as well as Yeronga’s win over University of Queensland.

Courtesy of their winning streak, the team’s confidence has lifted heading into the last weeks of competition said Hales.

“At training in the warm up everybody’s talking about the chance to play finals footy in the state league for the first time so it’s pretty exciting, for those younger players too who saw the pathway and made the decision to come to our club,” said Hales.

Maroochydore joined the QAFLW for the 2017 season and won just one game in the 2018 season.