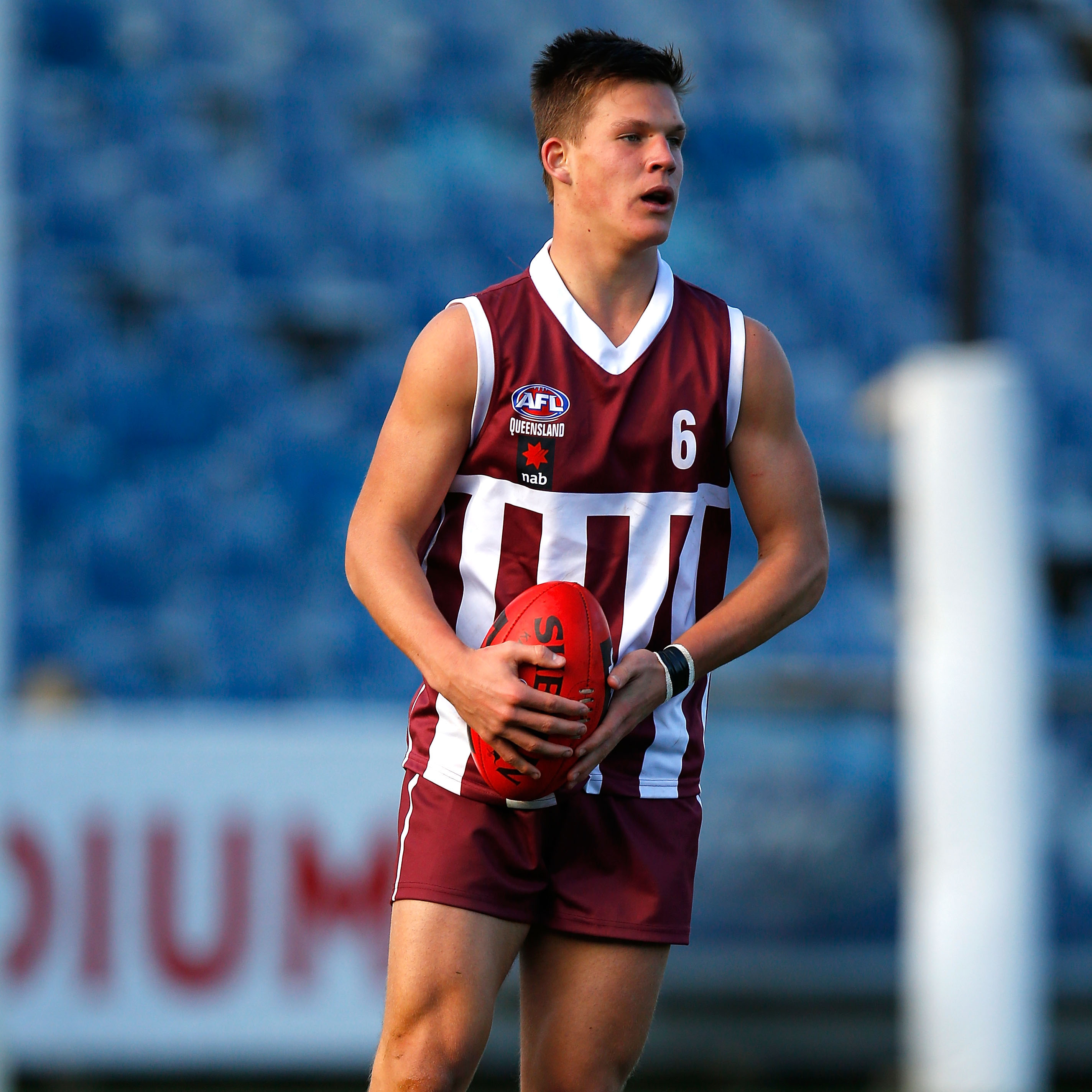 Join Scorpion, Isaac Conway, on his journey this season as part of the Queensland representative team.

Queensland Scorpions player and Lions Academy player, Isaac Conway, is providing his insights about the state program this season, exclusive to the AFLQ website.

Conway captained the Young Scorpions in 2011, and was a bottom-age player in the Scorpions last season.

The first Scorpions game, on May 4 against the Calder Cannons, is the culmination of months of hard training by myself and all the Queensland boys.

I’ve had a really busy pre-season and was lucky enough to get a chance to train with the Brisbane Lions over summer.

It was fantastic to be able to learn off players who have experience at the top level, and see how they prepare for a season.

Playing on Daniel Rich in a game sense drill was an eye-opening experience and it gave me the opportunity to see how well he reads the play and his ability to spread from stoppages and use the ball.

Brent Moloney was another of the Lions who really helped me in pre-season, particularly with understanding structures and how to use my body around stoppages as well as other elements of the game, like decision making.

Training with the Lions through the summer, along with my Queensland teammate Cain Tickner, has only made me hungrier for a chance to play in the AFL.

I am really grateful to the Lions for that opportunity, and being able to learn off some of the greats of our game.

As part of the selection process for the Scorpions, players from the Lions and SUNS Academies played each other in two trial matches.

From those matches, after five months of training, the 2013 Scorpions training squad was selected.

We’ve been training for three weeks and are starting to gel really well.

I know all the boys are looking forward to the Cannons match next week and there are plenty of positives already coming out of training.

As well as training with the Scorpions, a few of the boys have been able to play as top-up players for the Lions and SUNS NEAFL sides.

I have played with the Lions the past two weeks, and was able to play alongside one of my idols in Simon Black.

Seeing how hard Blacky works, his body positioning and stoppage work has definitely taught me a lot and I think it will really help me improve my game.

Outside of matches, I also got a lot of insight how Blacky prepares for and recovers after games.

Lions Reserves coach, Leigh Harding, has played me down back a bit this season, a challenge I am thoroughly enjoying.

Lions senior players Patrick Wearden, Sam Docherty and Ryan Harwood have all made me feel right at home in the backline.

Seventeen year-old Cameron Stevenson wasn’t namedi in the initial Scorpions squad, but his hard work over the past few weeks has paid off, resulting in his inclusion in the squad this week.

Stevenson will definitely push his case for selection in our first game after being named in the squad.

He’s a small forward who always puts the team first, works hard to support the talls and is great in a one-on-one battle.

The Scorpions’ first game is Saturday May 4, and I’ll be back next Wednesday to have a closer look at that game.