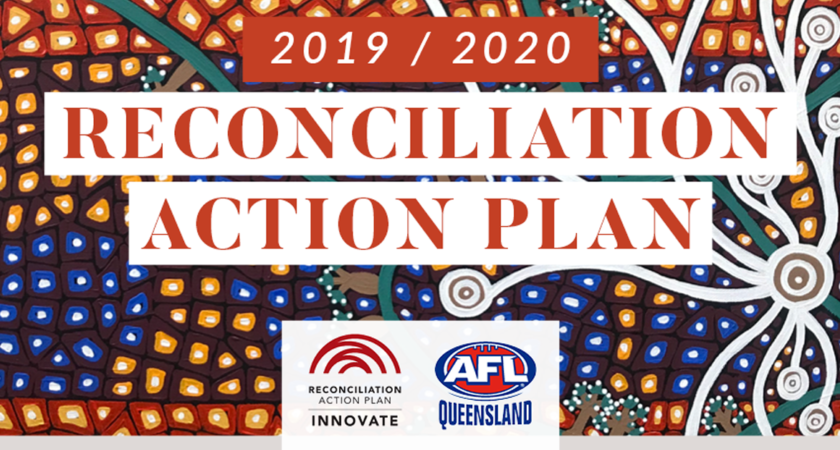 The Innovate RAP and The Yarning Circle were launched by AFL Queensland CEO Dean Warren, along with Mr Mark Bailey, Minister for Main Roads and Transport. The launch coincides with AFL Queensland Community Month and Naidoc Week, to be celebrated this July.

AFL Queensland CEO, Dean Warren, said he was proud to advance to the Innovate Rap status.

“AFL Queensland has a clear vision that we are the most progressive and accessible team sport in Queensland.

“A critical role of AFL Queensland is to promote inclusion and diversity in Australian Football. We are proud of our progress to date, however we must continue to provide education and strongly advocate and reinforce that there is no place for racism or discrimination in our game or the broader community.”

“As custodians of AFL in Queensland we have a social responsibility to ensure that Aboriginal and Torres Strait Islander people can realise the benefits of being involved in our sport no matter their location, ability, age or gender,” Mr Allie said.

Minister for Main Roads and Transport, Mr Mark Bailey, said “It is great to see AFL Queensland making a further commitment to Reconciliation through their Innovate RAP.”

The RAP builds on the foundations established through the 2017 plan to further strengthen the codes commitment to Aboriginal and Torres Strait Islander people and their communities. The Plan focuses on a number of key actions that make a genuine contribution to reconciliation and the lives of Aboriginal and Torres Strait Islander people associated with the Game including;

The Yarning Circle was developed with the input of local community leaders and will be used through AFL Queensland’s Diversity Programs. It’s a way to encourage responsible, respectful and honest interactions between participants to build trusting relationships.

Through AFL Queensland’s first Reconciliation Action Plan launched in July 2017, AFL Queensland have achieved a number of significant milestones including;