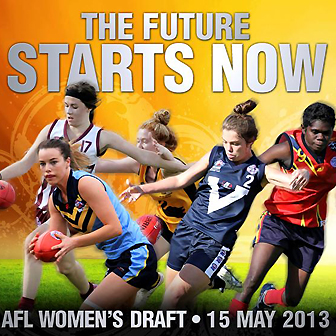 The AFL will hold its first National Women’s Draft tonight, Wednesday May 15 to select players to perform in the Melbourne Demons v Western Bulldogs Women’s Round curtain raiser.

The inaugural AFL Women’s Exhibition game will be played as a curtain-raiser on the MCG during AFL Women’s Round on Saturday June 29 prior to the Melbourne and Western Bulldogs match. It will be the first time AFL clubs have competed in an AFL sanctioned women’s match.

Following a coin toss, Melbourne will have the first selection.  AFL Commissioner Linda Dessau will announce the top 10 players. Fifty players will be selected from 200 nominees.

Queenslanders who have nominated for the draft will gather in the boardroom of the AFL Queensland Training and Administration centre to watch the draft from Melbourne via a live link.