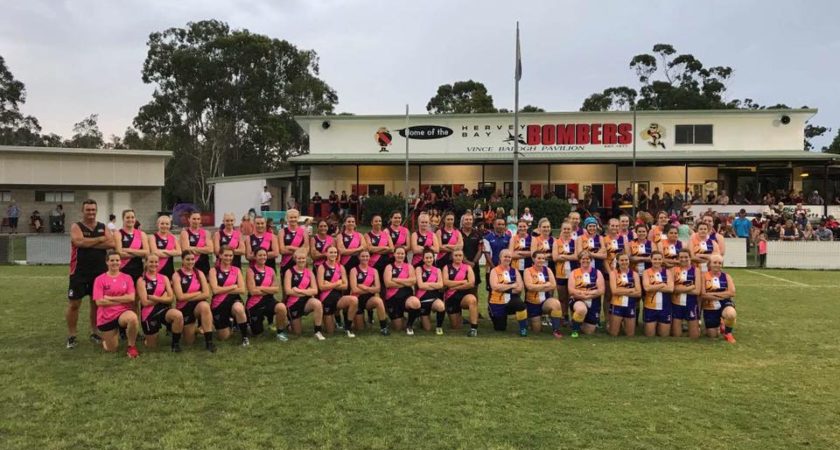 Another flawless season remains just one game away for the Hervey Bay Bombers as they prepare for the AFL Wide Bay Takalvans Women’s Grand Final against Across the Waves Eagles this Saturday, April 6.

The Bombers, in the two seasons of the competition’s existence, have continued to be the benchmark of Wide Bay and remain undefeated thus far through their 15 games.

The Hervey Bay team could cap off another perfect season with a win over the Eagles in this weekend’s decider, however the location of the game could play into Across the Waves’ favour.

Across the Waves have never beaten the Bombers but remain a genuine chance, especially with the title game scheduled for Frank Coulthard Oval – an Eagles’ home game.

Their form heading into the game must inject some faith into the side too.

After finding themselves down at quarter time against Bay Power in the preliminary final last weekend, the Eagles steered home in large thanks to five goals booted between duo Emily Brown and Kelly Blair.

Blair, who sits second on the competition goal kicking list, remains the focal point for the Eagles’ attack and having kicked seven goals in her last two games, enters the contest in a rich vein of form.

Her compatriot at the other end, Bombers’ forward, Hayley Torresan, may have something to say about that though as the only player to topple Blair among the goal kickers.

Torresan has booted a league-high 31 goals including a haul of six and three bags of five throughout the season.

The decider will be the final game in a triple header at Frank Coulthard Oval as the Eagles’ and Bombrs reserve and senior men’s teams will face off at 2pm and 4pm respectively.