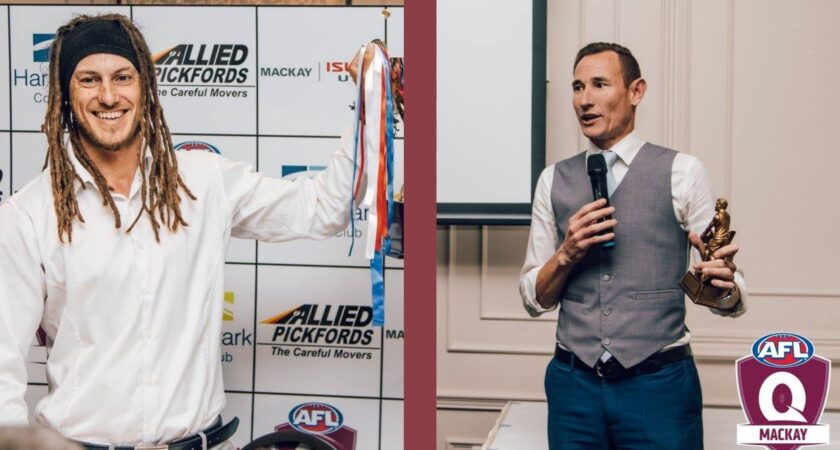 AFL Mackay Competition Manager, Alex Brooks, said he was thrilled to have the two former coaching legends lead the teams on such a special occasion.

“Brad and Luke both have extensive experience coaching in big clashes and Grand Finals,” he said.

“To have the both of them back on board for City vs Country will be great for the players involved and give them a chance to hear from a different voice.”

Somerville said he was looking forward to being involved.

“The City vs Country match a special day and a great opportunity to coach some of the best players in the league,” he said.

A sentiment echoed by Best.

“It means a lot to be involved in the ANZAC Day clash. What our service men and women have done for us and the sacrifices they made make this one of the most special days on the calendar. It’s a privilege for players and coaches to be involved and showcase their skills; it makes for one hell of a game.”

City Womens will be coached by Jennifer Revell and Peter Revell from Mackay City Hawks with help from Eastern Swans Coach Tom Bugeja.

Squads have been locked in with the teams to be formally announced over the weekend.

Gates at the Magpies Sports Centre open from 12:30pm, Womens to kick off at 1pm followed by the Mens game at 3pm.