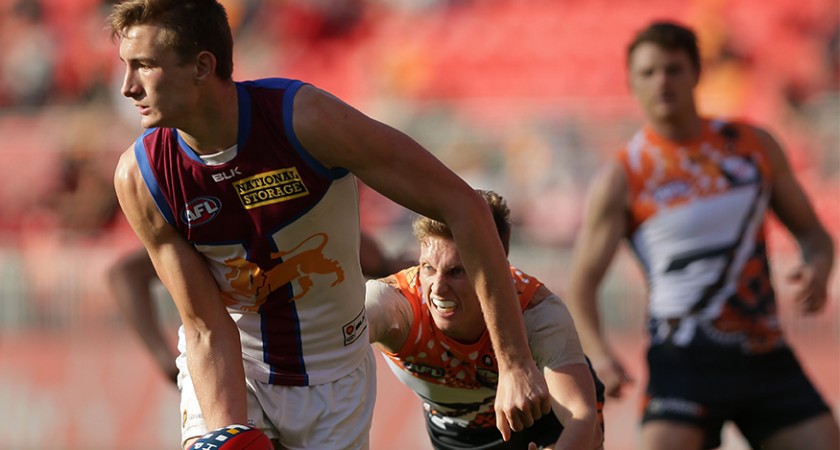 Harris Andrews from the Brisbane Lions is the Round 18 NAB AFL Rising Star nominee.

The young defender was one of Brisbane’s best with 22 disposals and 12 marks against the Geelong Cats’ experienced forward line last Saturday at Simonds Stadium.

Standing at 200cm, Harris’ height and athleticism have seen him become an important player for the Lions. Amongst players eligible for the rising star, Harris is ranked second in total contested marks and first in ‘one-percenters’.

The 18-year-old debuted in Round Three against Richmond and has played 14 games this season.

Harris played his entire junior football career (more than 200 games) with the Aspley Juniors in Brisbane’s northern suburbs.  He is the first player from the Queensland Academy to be nominated for the NAB AFL Rising Star.

Brisbane Lions Coach Justin Leppitsch said Harris’ development has been a highlight for the team this season.

“Harris has been fantastic this year. For a young kid thrown into the fire, he has been cool under pressure and shown us he’s going to be a player of the future for our footy club,” he said.

His road to the AFL while short has been a story of transformation.

As a junior he earned a reputation as a key forward with a great shot for goal, but was never seen as a top draft pick due to his lanky frame.

Andrews has undergone serious renovations to make the next step in his career.

In short time he added 10kg to his two meter frame, this weight, added with his aggression and competitiveness made Andrews a serious contender in senior football.