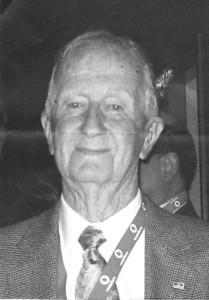 A life-time advocate of Australian Football in Queensland who contributed significantly as a player, coach, media commentator and a fine student of the game. Commenced his senior career at Kedron in 1942 after converting from a rugby league initiation at St Columbans College at Clayfield. Went on to play more than 120 games for the Redlegs, generally in the ruck or at centre half forward. After a promising first season his football career was interrupted by four years of service in the army (1943-46) in World War II. He debuted for Queensland in 1947 and played three State games in 1947-48.

After his retirement as a player he coached the Kedron U18 side to a premiership in 1951 and guided Kedron to four finals series, two grand finals and a premiership in 1957 in a six-year senior coaching stint through the late 50s and ‘60s which included appointment as Queensland coach in 1967. Later spent 10 years as Chairman of “The Leach Motors Football Forum”, a popular radio program, and contributed as a board member at Kedron and club delegate to the QAFL.

The Football Record of 1962 said of Taylor: “… he is a quiet, scholarly, still-young man who has the respect of every member of his team – and of all who know him – and who is responsible for the ‘Raging Redlegs’.” John Morton, former football writer with the

Telegraph, describes him at the time of his coaching as a quiet, conservative and tactful man. He was a real student of the game who did all he could to further his understanding.