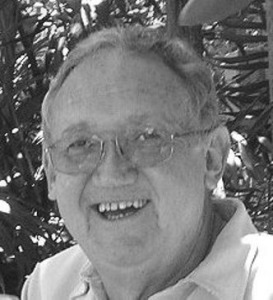 A key Queensland Country administrator for over two decades, he has been the backbone of the sport in Rockhampton and the Capricornia region. He has served as the President and Secretary for AFL Capricornia, Rockhampton Panthers and the Capricornia Junior AFL. He was also president of the Central Queensland Australian Football Association during the 80s and 90s. After a brief break from administration he returned at a time of crisis in 2000 to give leadership to the league as President again until 2005.

Initiated a reserve grade competition in 1982, he was also instrumental in the commencement of the inaugural U13 grade in 1983 and U11s in 1984. Produced the local Football Record from the shed in his back yard (affectionately described as “The Hub of Inefficiency”) through the 1980s. Has continued in this vital communication role by producing this publication for finals during the 2000’s. In 1982 he was elected to the Rockhampton City Council, and served as the chairman of the Parks, Sport and Recreation committee from 1982-90 and 2000-08.

During this time he initiated a concept known as “The New Deal for Sport”. It resulted in the conversion of derelict sporting grounds into fully irrigated, properly fenced and maintained fields. Of course Australian Football clubs benefitted from this deal. He currently continues to make a contribution as the league Media Officer, and timekeeper and ground announcer for the Panthers home games. Affectionately described as the “Mouth from the South” by his North Queensland colleagues he was known for his forthright and visionary views.

He backed up his rhetoric with real action and results in what is arguably one of the hardest markets for Australian football in the country.