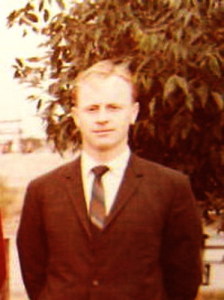 Originally from Malvern, he played 82 AFL games with Melbourne (1945-49) and Hawthorn (1950-51) including the Demons’ 1948 grand final win. Took a young Mayne side to back-to back flags in 1961-62, building the nucleus of a team that would make a further six grand final appearances from 1963-68. Was a prolific goal kicker in an era dominated by Ray Hughson. Had the rare distinction of being a premiership captain-coach in three states -Sandy Bay in Tasmania, Mayne and Newtown in NSW.

Also enjoyed a 7-1 win/loss record as Queensland coach from 1963-66 and was credited with planting the seeds of Queensland’s interstate successes of the 70’s, having said “We can beat Tasmania” long before many thought it was possible.