The class of six represents a clear majority of the 2018 academy squad, who will now progress through the newly defined AFL Queensland Umpiring Talent Development pathway.

Honing their skills throughout the season under the guidance of State Umpiring Manager James Waldorff and academy coaches Aaron Hall and Justin Lillecrapp, the half-dozen umpires have continued to rise through the ranks and earned regular appearances at QAFL, QAFL Reserves and QFA Division 1 level.

The six umpiring graduates are:

Waldorff congratulated the six umpires on progressing beyond the state academy and onto the next stage of their careers.

“It’s always a significant occasion when aspiring umpires progress to the next stage in their respective careers and each one of the graduating six umpires have exemplified the dedication and skills required to officiate football in Queensland at a higher level,” Waldorff said.

“Our coaching team has made a huge effort to help develop these umpires throughout the year since the trials last October. We know all our academy umpires benefit from the tutelage of both Aaron and Justin and I’d like to thank them both for their help.” 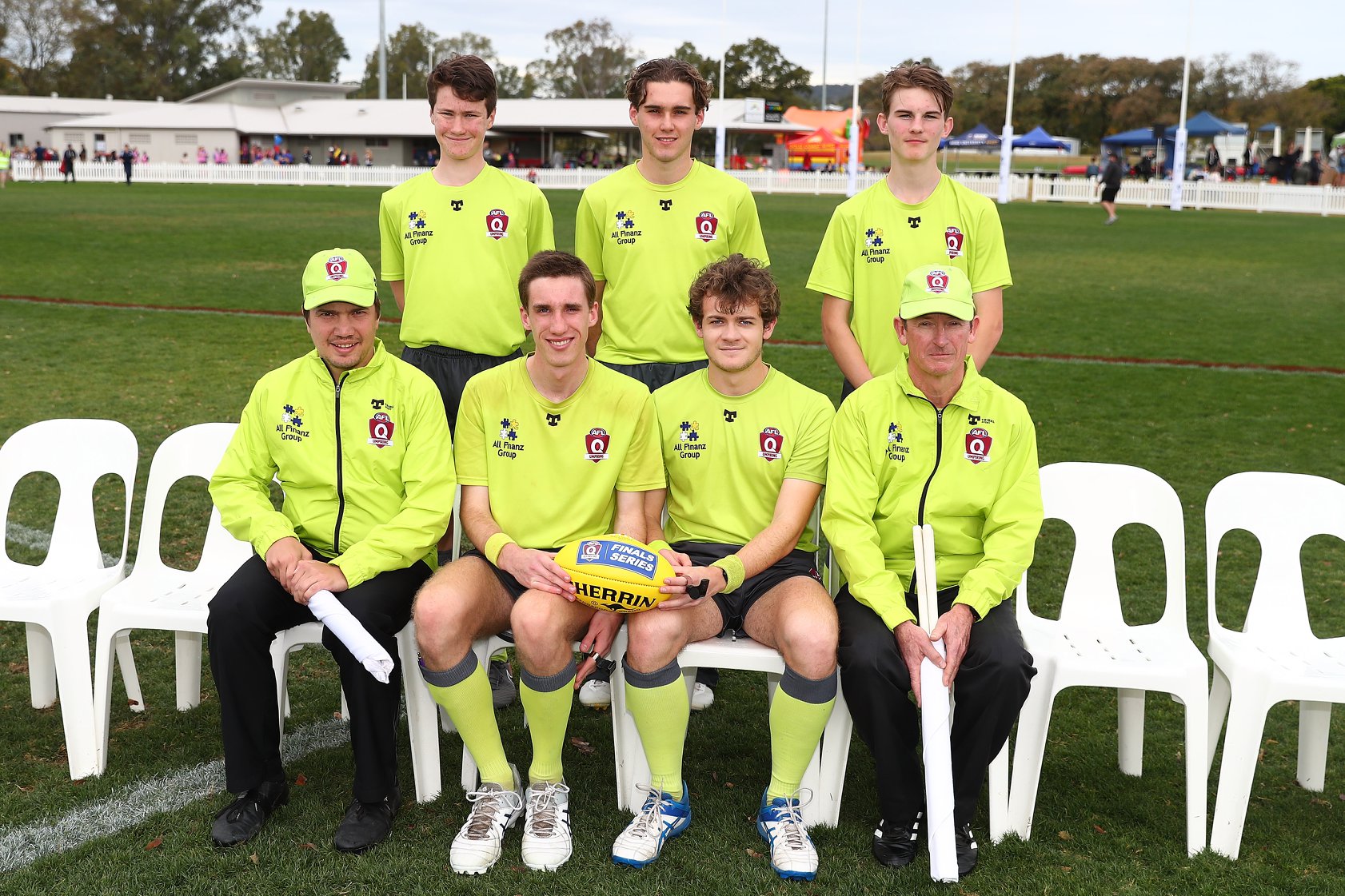 In previous seasons, umpires have generally progressed to either community, QAFL or NEAFL level based on both their dedication to the program and their current availability.

Throughout 2018, the AFL Queensland Umpiring Department have formalised the talent department pathway process as a newly defined NEAFL Development Panel.

This group will work closely with out state league field umpires on a week basis to further align Queensland’s umpiring pathway to that of AFL NSW/ACT.

From there, successful umpires will be given opportunities to be involved in regular NEAFL specific training, which includes coaching, player identification and greater personal analysis.

Waldorff was excited about the introduction of the NEAFL Development Panel in 2019 and beyond.

“We believe the umpiring talent development pathway is a critical requirement in defining the state’s future growth in umpiring.”

AFL Queensland would like to extend its congratulation to the six umpires progressing through the state umpiring academy.