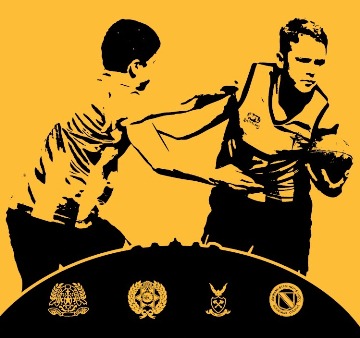 First XVIII and Senior matches will be played on Wednesday afternoons, with the Junior division matches played Friday afternoons. All games will be split between Yeronga and Zillmere.

The season includes such highlights as a First XVIII double-header opening round at Yeronga this Wednesday, the annual Foundation Cup (grand final replay) at Zillmere on Wednesday 15th May, and the big Grand Final Night on Friday 24th May at Yeronga with each division’s grand finals.

The Term Two competition, started last year, was created due to a change in the GPS Sporting calendar. GPS Schools traditionally played in the Term Three Independent Schools competition however due to the clash with rugby, a new competition was created to cater for schools affected.

Churchie will be out to defend their First XVIII and Year 10 (Senior) titles, after a very successful 2012 season, and will face BBC at 4:00pm at Yeronga , followed by the boys from State High taking on one of the two First XVIII teams from Nudgee, Nudgee White, at 5:15pm.

AFL Queensland would like to acknowledge the ongoing generous support of AFL SportsReady with Independent School football. For more information on traineeships offered by AFL SportsReady, click here.