Gorillas get creative to grow crowds 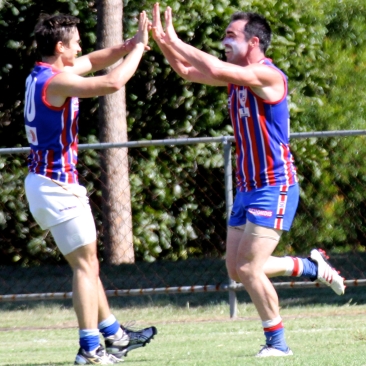 Wilston Grange is set to become a home away from home for opposition this season, at least once the final siren’s blown.

The Gorillas are looking outside the box to keep players and spectators at the club after their matches are done.

Where once players would stick around and indulge in some beers after a match that culture has shifted, so clubs need to diversify to generate the same revenue and crowd numbers.

With the introduction of a women’s team in 2014, the Gorillas have more games played in a day, and senior coach, Matt Trewhella, said providing a simple meal after senior matches was enough to help.

“All sporting clubs are down because people don’t want to drink because of finances or they’re not drinking or whatever it might be,” he said.

“We found players were leaving after a game to go home and eat. With (senior) games finishing around dinner time, it just makes sense to have food there,” he said.

“We’ve started doing hot beef rolls, schnitzels and sandwiches for people after the game and that also means when oppositions stays, they can grab something to eat.”

Trewhella said keeping senior players around into the evenings was a crucial part of building a positive club atmosphere for their new women’s side as well.

“This initiative is not about making money, it’s about keeping people around to watch the ladies’ game, mingle with supporters, chat with volunteers and engage with the opposition.

“It’s a big part of our culture that once the footy’s done; we can stay around socialising with all the people.

A well as serving meals after games, the Gorillas are looking to bring in a coffee machine and barista for the caffeine fiends in the crowd and are also opening their kitchen to the public, with $10 meals on a Thursday night.

Wilston Grange have looked towards an entrenched AFL tradition as well, offering club memberships for the first time.

The Gorillas have introduced a graded membership system, with packages ranging from the $55 Adult membership up to a $2,200 President’s Club membership.

These membership packages include benefits such as a game in the coaches’ box, discounted drinks, tickets to major Gorillas events, with Trewhella saying membership had become a strong alternative to club sponsorship.

“Businesses aren’t going to give money away for nothing,” he said.

“With these memberships, as well as expanding our social media and growing our brand more, we can go to sponsors and show them a network of people that we have access to.

“Come on board and you’ve got a direct association with or clients to fill that sponsorship value.”

Trewhella said it was important to include all aspects of the clubs, with junior, senior and female teams, to continue to grow the club and maintain its long-term viability.

“What hit home was at the players’ vote count, there were 750 kids and 1000 people there for junior presentation night and 45 seniors there.

“Where the money comes from, who your target audience is – that encompasses the whole club.”