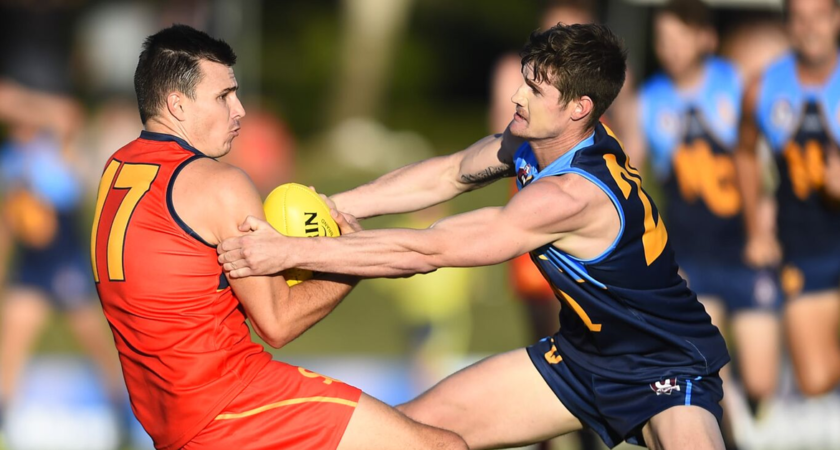 The annual North Queensland v South Queensland showdown is set to be contested on the Gold Coast for the first time in 2020.

Bragging rights between the two intrastate rivals will be determined on June 27 at Southport’s Fankhauser Reserve to mark the seventh iteration of the game.

AFL Queensland State Manager – Senior Football Operations, Barry Gibson, said the opportunity to bring the annual representative game to the Gold Coast was an outstanding opportunity to both players and viewers alike.

“We are rapt to bring this game to the Gold Coast and very appreciative of the support from the Southport Sharks in helping make the event logistical, as it’s fantastic to align to a match featuring two Queensland NEAFL clubs.

“The program provides a great talent ID opportunity for the players, and over the last six years we have seen numerous players identified and progress their football as a result.

“We saw a great example of that last year in 18-year-old North Queensland representative Josh Mawson, who after an impressive performance last year was recruited by NEAFL side Aspley.

With the overall ledger between the two representative sides falling in favour of the South Queensland side, who have won the past four meetings, North Queensland is expected to be eager to improve their record and will benefit from some key recruitment in the AFL Cairns competition over the summer.

Coaching appointments for the game will be announced in February.