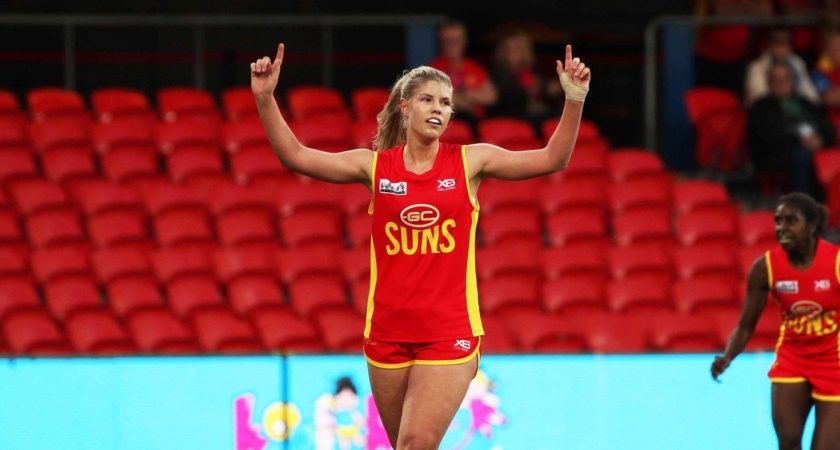 The road to 2020 begins today for the Gold Coast SUNS with the team now officially able to prelist players for their maiden AFL Women’s season next year.

The SUNS will join Richmond, St Kilda and West Coast in the expanded competition in 2020 as the second Queensland team to feature in the national women’s competition.

Up to ten players can be pre-listed by the SUNS.

Having established an open-age academy as part of their licensee requirements, the SUNS have plenty of talent at their disposal. Up to seven players from the SUNS’ open-age academies can be pre-listed to Gold Coast’s 2020 AFL Women’s roster with the final three slots available to players eligible for the 2019 NAB AFLW Draft. These players however, must come from the SUNS’ designated development regions.

“Not only is this further opportunity for the next generation of talented women to play elite Australian football, but also one for fans of the game as we welcome more AFLW teams wearing iconic club colours.

“I thank the AFL Commission for their vision for women’s football and for assisting women across the country with increased opportunity to turn their passion into talent, providing the solid foundations the women’s competition needs for the journey we are on.”

"I'm known for a bit of a pump-up speech before games" Kaslar ready to lead Lions
Join the 2019 NEAFL Media Team!