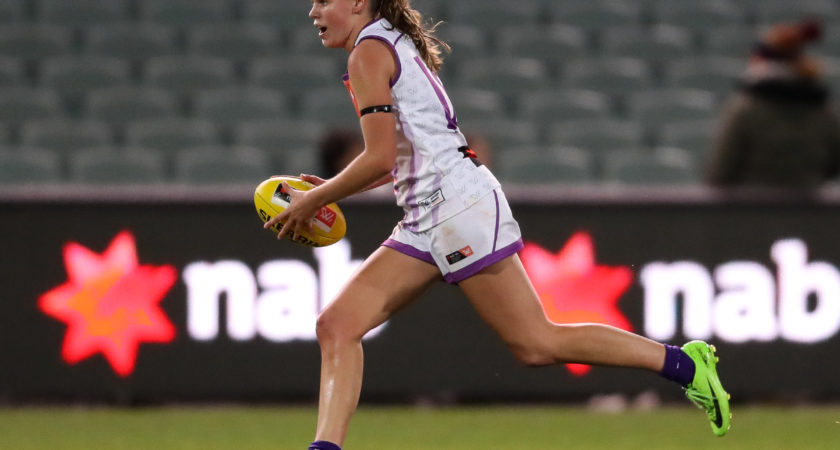 The Gold Coast SUNS have today taken a significant step in building towards entering the AFLW competition in 2020, signing it’s three inaugural players.

Under the list build rules provided to all clubs entering the AFLW competition in 2020, expansion teams were provided the opportunity to sign three players from their academy region as priority access selections.

In a testament to the pathway the club is providing for junior talent throughout Queensland, the club was able to secure a Gold Coast girl and two talented North Queenslanders from our women’s Academy.

For Gold Coaster Charlotte Hammans, today’s announcement was the culmination of a number of years of hard work.

“I got told after training this week and it was super exciting, you couldn’t wipe the smile off my face,” Hammans said.

“This is a dream come true, I’m really looking forward to the next year and setting myself up to be the best player I can be.

“Hopefully this can inspire younger girls throughout Queensland to keep driving towards playing footy at the highest level.”

Charlotte, who grew up on the Gold Coast playing for local clubs Burleigh and Bond University, has been a long-term supporter of the club, with her family all holding foundation memberships.

Cairns local Kitara Whap-Farrar has been a member of the club’s women’s Academy since its inception and couldn’t hold back her excitement.

“It’s an amazing feeling, just to know that you make history, as one of the first girls to ever be signed onto an AFLW list for the SUNS is pretty amazing,” said Whap-Farrar.

“I was pretty nervous, I didn’t know whether I was going to be picked or not, and as soon as I was told I was just in awe, the happiest and best day of my life is how I’d explain it.”

National Academy member Ellie Hampson, who was unveiled on her eighteenth birthday, flew down from Townsville for the announcement.

“It’s probably the best birthday present I’ll ever have – I don’t think anybody will be able to top that,” said Hampson.

“It’s very overwhelming being told, Fi [Fiona McLarty] asked to give me a call and I was there with my step-dad.

“It was crazy, I wasn’t expecting it at all. There was a lot of emotions, tears of excitement and so much joy.”

“This means everything to me – it’s career changing.”
Gold Coast SUNS Head of Women’s Football, Fiona McLarty, was quick to recognise the magnitude of the occasion.

“Today is a momentous day for not only the club, but these three outstanding young women, as we take another step in our journey towards 2020,” McLarty said.
“As all three are part of our SUNS Academy we’ve been able to follow their progression over the last couple of years and today marks the end of a professional but exciting process.

“We’re extremely excited to have all three women join the club. They have all shown commitment to our Academy program and a thirst to help drive towards our inaugural AFLW team.”

All three girls are part of the NAB Women’s National Academy and will train over the coming months with the club, before prioritising State and National commitments during the year.