From Queensland Under 18’s to Collingwood Senior Coach 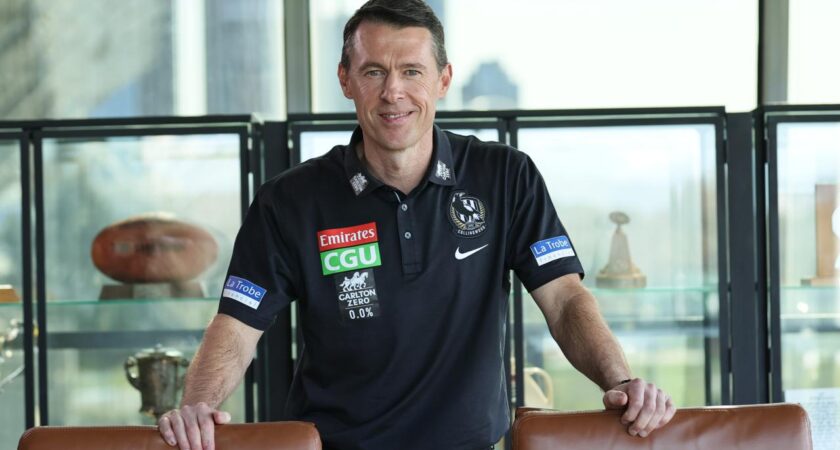 There are more than 20 Queenslanders who will wholeheartedly endorse the appointment of former Brisbane Lions flyer Craig McRae as the new Collingwood senior coach this week.

All have much to thank McRae for, having played under him in the Queensland Under-18 Scorpions in 2005 and 2006 on their way to the AFL.

This group were members of the 2006 Scorpions side which won the division two title at the Australian Under 18 Championships and saw McRae named assistant-coach of the All-Australian side.

Just as he took his time reaching the top as a coach, he was a slow starter as a player.

Indeed, he had been drafted by the Bears from Glenelg in the SANFL in the 1993 Pre-Season Draft, but so small was he that the club decided he needed another full season of senior football in Adelaide before joining the AFL.

Immediately after his stint in charge of the Scorpions he joined Richmond as a development coach, taking over as senior coach of the Tigers’ VFL affiliate Coburg in 2009 when Coburg senior coach Jade Rawlings was appointed caretaker senior coach at Richmond

In 2010 McRae returned to the Gabba as a development coach with the Lions before winning a prized role as head of development at Collingwood in 2011.

After five years with the Pies he rejoined Richmond in 2016, serving as an assistant-coach and senior coach of the Tigers VFL side, and also spending time as a part-time kicking and catching coach with the Melbourne Storm in the NRL.

This year he was an assistant-coach at Hawthorn before being named the successor to Nathan Buckley as senior coach at Collingwood.

But it was early work in Queensland for which so many will value his efforts.

In 2006, when a record 21 Queenslanders were drafted, most came out of McRae’s outstanding Scorpions outfit. Remember the draft? It was the year Bryce Gibbs went to Carlton at #1 and Queensland had twice as many players picked up as in any other draft year.

The Queenslanders drafted in 2006 were:

McRae couldn’t take credit for them all of the Queensland Class of 2006.

Recently-retired Gold Coast Suns veteran Jarrod Harbrow, originally from Cairns, was drafted by the Dogs after moving to country Victoria. Marty Pask, a junior product of the Western Magpies, had originally been drafted by Brisbane in 2004 before being delisted. And Hamill was re-drafted by the Lions.

But there were others to come out of his 2005 Scorpions side. Like 133-game Essendon wingman Courtenay Dempsey, 120-game Fremantle defender Lee Spurr, 54-game Brisbane and Hawthorn utility Rhan Hooper, and 16-game Brisbane defender Wayde Mills.

Plus, Rohan Bail, Rhys Magin and Adam Spackman, later picked up by Melbourne, Essendon and Brisbane respectively, had spent time under McRae as 17-year-olds before winning an AFL chance the following year.