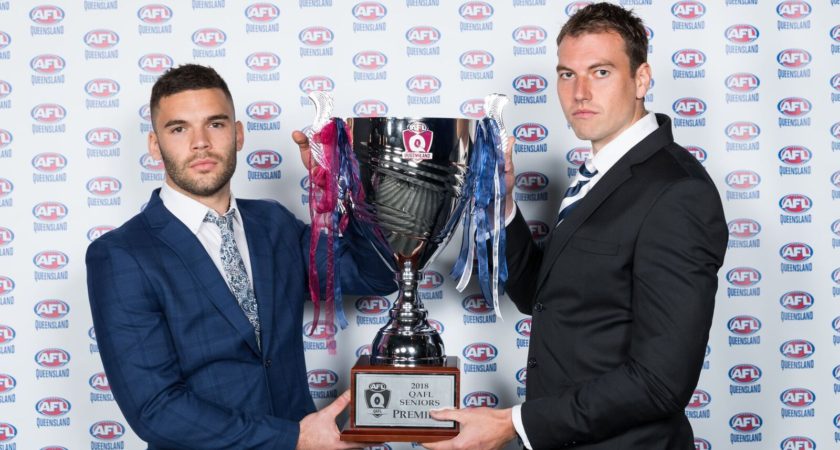 PALM Beach Currumbin and Broadbeach are among the oldest of clubs on the Gold Coast.

PBC were founded in 1961 and the Cats a decade later in 1971 but when it comes to grand finals it is the former who have had by far the most success.

Whereas the Lions, who have been based at Salk Oval since day one, have 12 flags to their name as well as finishing runners-up a staggering 16 times, the Cats have found silverware tough to come by.

They have played in only three grand finals, winning their first title in 1987 under Wayne Ling and their second under Jason Cotter in 1996.

Both those flags came in the old GCAFL days before the merger of GCAFL and BAFL clubs in 2000 to form the South East Queensland AFL (SEQAFL), a competition that included 16 clubs spread from Noosa in the north to Coolangatta on the NSW border.

It is a peculiar, indeed puzzling statistic, to discover these weekend Grand Final rivals have played each other only once on the big day in September.

As mentioned before Wayne Ling was coach and captain was Brian Rowe, playing his last game on that red-letter day.

Could that individual honour topped off by a flag be repeated this year through Broadbeach’s Blake Erickson, who won the Grogan Medal last Sunday.

The last Grand Final Broadbeach played in was 22 years ago, in 1996, when Cotter was coach and current coach Brett Andrews was co-captain with Cal Jacobson.

Just as a matter of interest, Andrews was captain-coach of Coolangatta when they lost to PBC in the 2000 SEQAFL Grand Final.