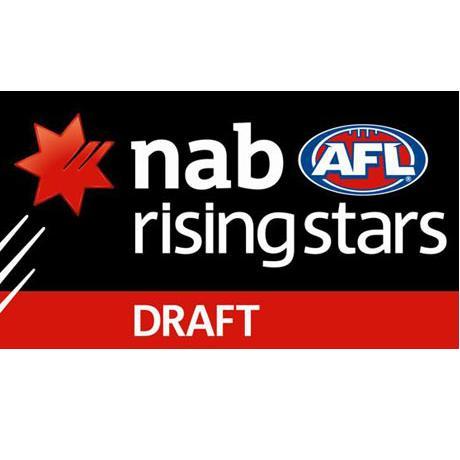 Forty-six Queenlanders will be on the senior lists of AFL clubs in season 2011 following tonight’s 2010 NAB AFL National Draft on the Gold Coast. And there’s still the prospect of more.

Forty-six Queenlanders will be on the senior lists of AFL clubs in season 2011 following tonight’s 2010 NAB AFL National Draft on the Gold Coast.

Although tonight’s draft failed to throw up any surprise Queenslanders newcomers,  no less than 14 of them will be first-timers at senior list AFL level.

They are spread over 13 of the 17 clubs, with only Fremantle, Geelong, Port Adelaide and West Coast presently without a Queensland representative.

Gold Coast (13) and Brisbane (7) have the biggest Queensland representation, as listed below, ahead of Hawthorn, Melbourne and the Western Bulldogs (4), Collingwood, North Melbourne and St.Kilda (3).

And there’s still scope for further additions in the Pre-Season and Rookie Drafts on 7 December.

Eleven of the new faces are with the Gold Coast Suns, including four who would almost certainly have been taken in the draft tonight had the League’s 17th club not had priority access to them.

On any normal year, Rex Liddy and Lewis Moss, 2010 Gold Coast training squad members signed mid-season as priority Queenslanders, and Joel Wilkinson and Tom Hickey, 2010 Queensland U18 representatives taken at the end of the year under the same rule, would have put their future on the line in the draft.

But because of the establishment concessions awarded by the AFL to the Suns this foursome were spared the anguish and uncertainty of what is effectively a player lottery.

So, too, Joey Daye, who won a senior list spot last month after two years playing with the Gold Coast in the TAC Cup and VFL, and Marc Lock and Rory Thompson, who were elevated to the senior list after originally been guaranteed rookie list spots for 2011.

The record Queensland number overall, which will certainly grow further via the Rookie Draft, has been achieved despite the exit of six senior list regulars.

Miller, though, has been strongly linked to a move to Richmond via the Pre-Season Draft, and Proud is tipped to be taken back by the Lions as a 2011 rookie after a strong end to his 2010 season.

Rookies from 2010 who will not be back in 2011 are Essendon’s John Williams, Sydney’s Jake Orreal and Brisbane’s Broc McCauley and Sean Yoshiura, although McCauley, like Proud, has been invited to continue training with the Lions ahead of the Rookie Draft.

Gold Coast, too, will have a Queensland flavor among their rookie division, with Jack Stanley already among those contracted as a 2011 rookie in what will be the end of a three-year deal that has seen him part of the club’s apprenticeship through 2009-10.

Tonight’s draft, the 25th in AFL history and held at the Gold Coast Convention Centre, saw 107 players added to senior AFL lists, including 75 new players, three recycled players from AFL clubs, one NSW scholarship promotion and 28 rookies promoted since the end to the 2010 season.

They were chosen from a pool of more than 1600 nominees from across the country.

The 75 new players and one NSW scholarship player, excluding rookie promotions, included 45 players from Victoria (22 Vic Metro and 23 Vic Country), 12 from South Australia, 11 from Western Australia, five from five from Tasmania, two from NSW/ACT and one from Northern Territory.

The three players provided with a second opportunity at another club were West Coast discard Matt Spangher, who was picked up by the Sydney Swans, plus Richmond’s Dean Polo and Geelong’s Ryan Gamble, who both went to St.Kilda.

Queenslanders on senior AFL lists for season 2011, as at 18 November, are:-