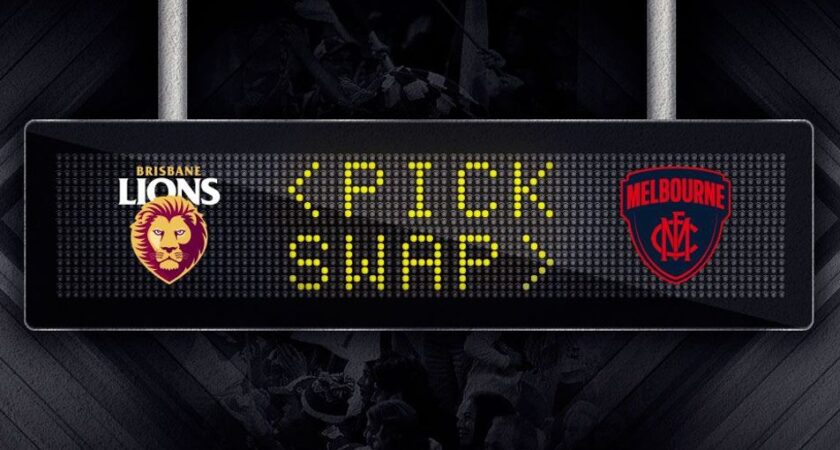 BRISBANE and Melbourne have executed a trade to swap late picks in both this year’s and next year’s NAB AFL Drafts.

INDICATIVE DRAFT ORDER Your club’s picks as they stand

It allows Melbourne to move up 10 spots this year and the Lions to skip ahead next year.

Brisbane is tight for list spots and is likely to use only three picks at December’s draft, including the upgrade of rookie forward Tom Fullarton.

TRADE TRACKER All the deals as they drop

It currently has first-round selections 18 and 19.

Melbourne’s only pick ahead of the one it traded for is No.26.