Finals through the eyes of an 18yo 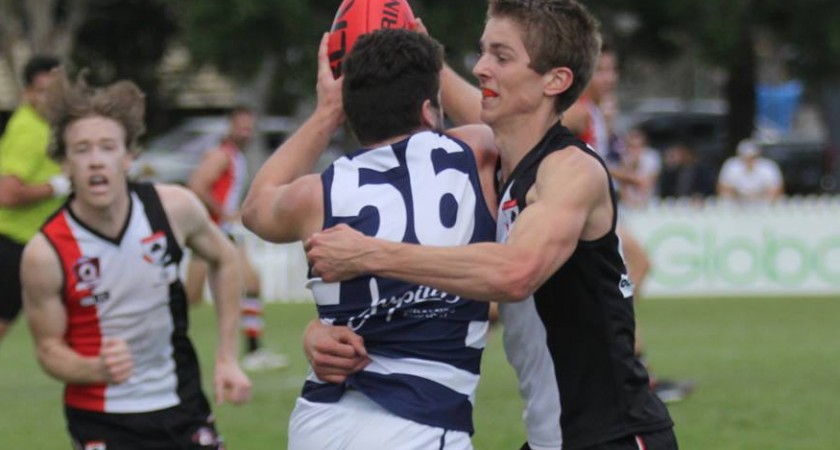 Finals football is intense. The stakes are high, the pressure is up, and every single possession could make or break a game.

Now imagine facing this as an 18-year-old, surrounded by a lot of guys who have done it all before.

That’s what Brad Dale has done in the first two weeks of September for Morningside, and he is not done yet.

Dale has played a key role in both of Morningside’s senior QAFL wins this finals series, and will line up in a preliminary final this Saturday against Wilston Grange.

“That would be the highest level of football that I have played in. It was a lot different to the regular season. Every team seems to amp it all up,” Dale said.

Finals football is a difference beast, something Dale noticed immediately.

“You see a bit of everything. The pressure is up, everyone is louder, and it seems like there is less time to be able to do things that you would usually do a bit easier during the normal season,” he said.

The trick to thriving in these types of games? Keeping your cool.

“The start of the game everyone is all hyped up, but after it settles after the first five minutes it’s not too bad.

“You’ve just got to take more care with the football, and choose the right options in order to get the ball down the ground.”

He tries to keep his role as simple as possible.

“It’s to not let the ball go past me, or let my player get much of the ball,” Dale said.

While Dale is surrounded by experienced heads who have tasted premiership glory 12 months ago, he credits one in particular to helping him settle in his role.

“Doc Tomlinson is one of many. He definitely helps out with sticking to your man, with the directional talk, and with setting up around the ground. He’s been great for me personally,” he said.

Between games, Dale has a bit of time to sum it all up. The Mechanical Engineering student at Sunshine Coast University, who played his junior footy at Caloundra, travels from his home in Aloona to Brisbane each and every week to play.

“I originally trained at Wilston Grange in the 2014 pre-season, and came back to here to finish my schooling off. I had spoken to Morningside as well at that stage, seeing which club was the right fit, so I came down to Morningside at the start of this season and have been here since,” he said.

“I’ve managed to fit footy in around work and uni, so that I’m not impairing any of my studies.”

As for this Saturday, despite all the pressure and hype, Dale will look to keep things simple again.

“This weekend I’ve just got to play to the structures and keep my man to as little possessions as possible, that’s my job,” he said.

He might be simplifying things, but his performances over the last month have been anything but.

Dale has showed sings of being a 100 game player with Morningside. He is poised, reads the ball well in flight, and uses his size well.

Keep an eye out for the number 37 this week in the Preliminary Final against the Gorillas, which kicks off at 2:00pm at Yeronga.