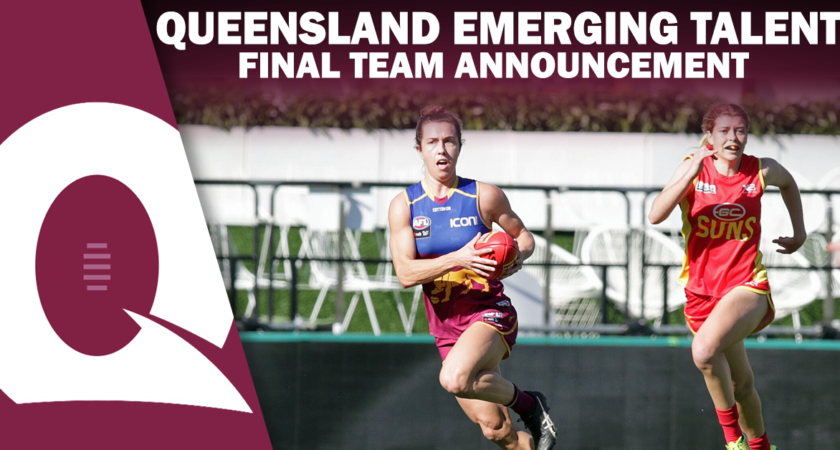 AFL Queensland are pleased to announce the final Queensland Emerging Talent team that will play the Western Australian team in Perth this weekend, July 20.

The team is a part of the female talent pathway and rewards selected players’ efforts in throughout the QAFLW season and provide them the opportunity to showcase their skills and push for a position on an AFLW list.

AFL Queensland State Female Talent Manager, Kath Newman, said the selection process couldn’t have been as successful if not for the Queensland coaches.

“The final decision was quite difficult as there are so many high performing players in the QAFLW who deserve selection,” Newman said.

“AFLW Coaches David Lake and Craig Starcevich have been pivotal in the selection of this team and are both impressed with the depth of talent in Queensland.

“I feel confident we have selected a team will be highly competitive against the WAFLW All Stars team.”

The 22-member team will attend a training session on Tuesday July 16 on the Gold Coast before flying to Perth for the 3.20pm match at Steel Blue Oval.