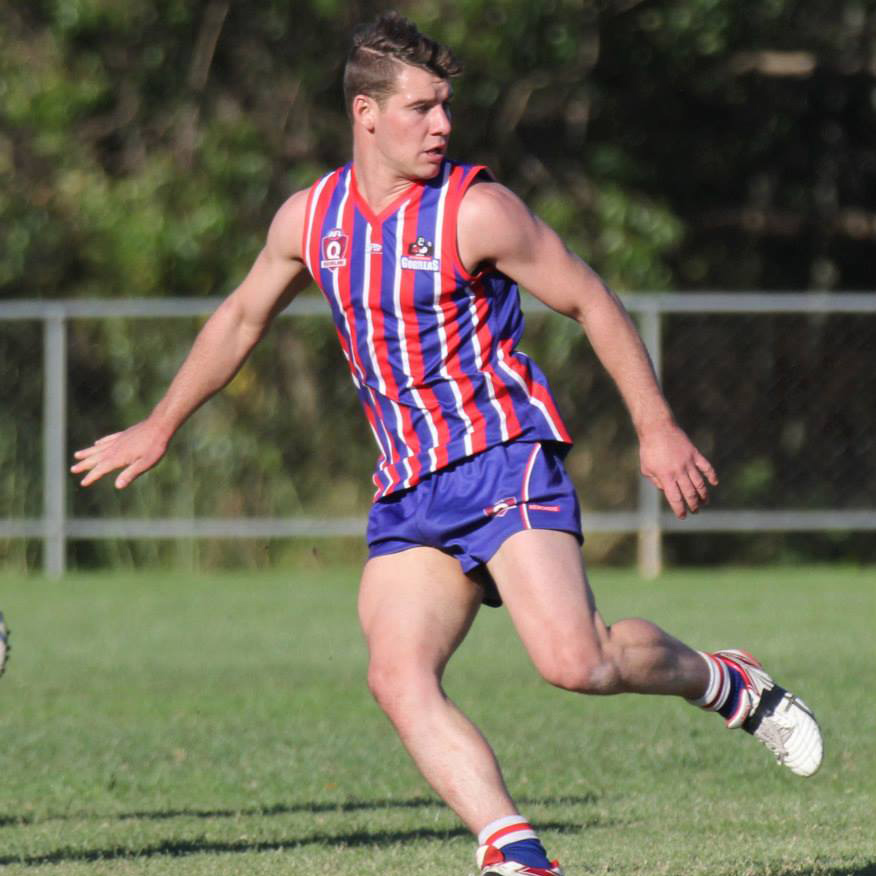 Five goals in a hard-fought victory away to the Magpies has earned midfielder Daniel Farry this week’s rising star nomination.

Recruited from Aspley on the back of a recommendation made to coach Matt Trewhella, the rookie-listed Hornet looks to paying dividends for the Gorillas on and off the field.

Described by Trewhella as a fantastic guy, the tough on-baller was instrumental over the weekend despite some heavy attention from opposition taggers.

“He played on-ball for the whole game, and we got some momentum from some his goals, which really turned the game,” said Trewhella.

“He really capped off the team’s hard work.”

The versatile little nugget is a popular member of the Gorillas team, impressing with his enthusiasm off the field just as much as his maturity and defensive pressure in play.

“He was getting tagged the end of the game and it was hard going without much support,” admitted Trewhella.

“But he worked hard and overcame his aggression and a difficult period.”

And it’s this growing sense of maturity that has caught the eye of Trewhella, commending Farry as a senior, positive influence on some of the younger players around the stoppages.

“I’m sure he had high expectations on himself when he joined the team”, said Trewhella.

“But he’s hardworking, and a helpful inside and outside player.”

With such a glowing reference, Farry‘s nomination only seems fitting.

Whilst he believes his Farry’s form has been strong throughout the year, Trewhella suggests that his recent surge is indicative of his growth as a mature, rounded player.

“The way he has been preparing and his mental stimulation at this time has been impressive,”

“And [on the weekend] he played some really smart footy,” said the Wilston Grange coach.