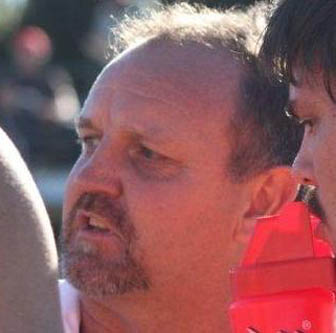 Russell Evans will coach Aspley again in 2011 following the Hornets’ strong finish to the QAFL season.

The Aspley Board moved quickly to sign Evans for next season after winning four games in eight weeks under the former Port Adelaide player’s guidance.

Previously the reserves coach, Evans was made caretaker coach of the seniors following the mid-season resignation of Russell Harding.

Aspley have been competitive in every game under Evans as he focused on establishing a solid defensive structure and building from there.

The Hornets’ impressive 68-point victory over finals aspirants Northern Territory Thunder on Saturday was the clincher.

“It was an inspiring win on top of some other very good performances by the team. We have every confidence that Russell Evans is the man to continue to take the club forward and should be given the opportunity after turning our season around,” said Aspley president Tony Tucker.

“We felt that making the appointment early and signing Russell rather than waiting until the end of the season was important. We wanted to create some more stability around the club and the players and coaching staff can start planning for the future now – and it is an exciting future at that.”

Aspley finished with three wins and 15 losses in their debut season in the QAFL last year, and have doubled that tally to six victories in 2010.

They could start favourites against the Brisbane Lions Reserves at Giffin Park on Saturday and have some chance of an upset against premiership contenders Southport at Graham Road in the final qualifying round.

In addition to Evans’ appointment, there is further optimism at Graham Road due to a significant number of the Hornets’ recruits intending to play again next year.

“We are very confident of retaining the majority of the guys,” Tucker said. “We also have a lot of quality young local talent at our disposal, so the early signs for 2011 are terrific.

“We are looking to attract a couple of key position players to add depth and strength to the group, but our priority has been to retain and re-sign as much of our current list as we can and establish a solid platform for next season.

“There is a good feeling around the club at the moment and hopefully we can take another couple of prize scalps over the next two weeks.”

A strategic thinker and sound communicator, Evans was obviously happy with the vote of confidence shown in him by the club.

“We’re very excited about the future. We will have some football and administration planning sessions in the next month or two,” Evans said. “This allows us to get moving now.”

MAJOR BLOW FOR VULTURES
THUNDER OUT TO ATONE