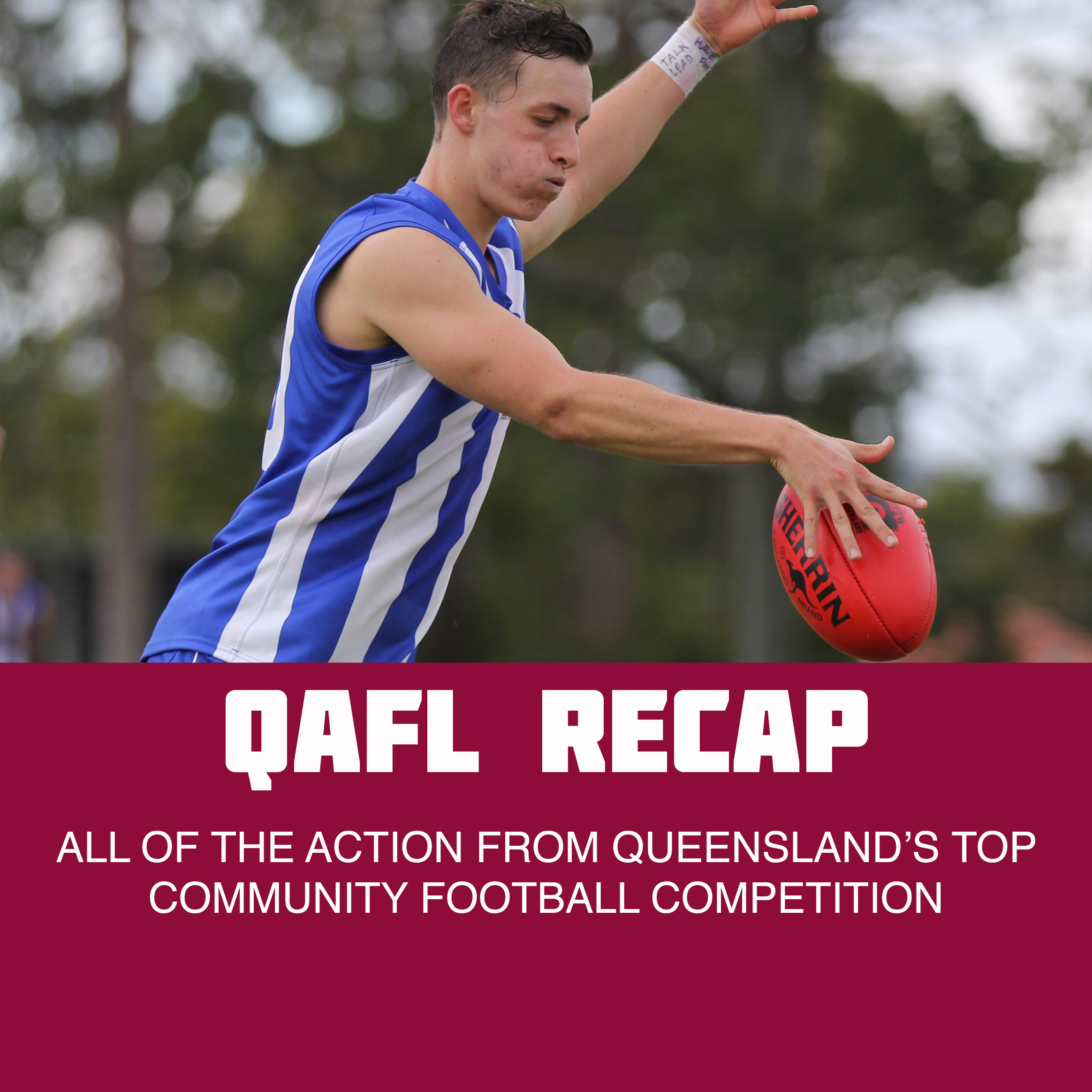 The last time Mt Gravatt sang their song at Dittmer Park, was the last round of the NEAFL in 2012, so coach, Brad Pollock was understandably pleased after the match.

“People expected this to be a close game, so I think this shows the boys that we can do this,” he said.

“The next step is to do it against the better teams.”

Small forward, Brenton Saunders, was a revelation for the side, with eight goals, while Jayden Crawley is still relishing his recent switch forward, kicking five.

Teenager, Jonah Licht, had a breakout game in the ruck, stepping up in the absence of Wiley Buzza, but there were few negatives in the emphatic victory.

The return of Will Hamill and Sean Yoshiura into the Vultures’ side this week proved crucial, with the pair adding composure and maturity, Pollock said.

“It’s super important to keep those boys around,” he said.

“You can’t overestimate how much that experience helps, getting the guys on the right spots, telling the kids where to run.”

Aspley-listed player, George Hannaford, was again strong in the midfield, while Al Carlson was a rock in the Red Lions’ back line.

UQ coach, Matt Stewart, was relatively pragmatic after the loss.

“The guys are already talking about how disappointed they are that they really deviated away (from our plans) and I think it really sunk in after seeing what they could do last week,” he said.

“We’re looking to build a list and a culture, so it’s not a big deal in the scheme of things.

“Today it hurts, but we need to funnel that hurt into action.”

Check out how this game unfolded, with our live blog from the match.

It was the perfect heist.

For three quarters, Surfers Paradise outplayed Broadbeach and showed signs of their potential, before an eight goal last term saw the Cats snatch victory from the jaws of defeat, winning 13.12 (90) – 12.14 (86).

It took Broadbeach until time on in the last to edge their noses in front, and they remained ahead when it counted.

Cats coach, Wayne Petterd, was relieved after the match.

“We got our game going in the last…but we should probably be charged with robbery.”

Petterd said the nature of the win would give his side plenty of confidence.

“We were down and out for three quarters,” he said.“The fight and character they  (the players) showed today – they’ll get a lot out of it.”

The Cats’ Caleb Hay stood up in the last quarter in the ruck, while Nic Ellis and full back James Royes battled hard.

Surfers finally showed some of their potential, with key players back in the side, and coach, Beau Zorko, said his goal was to maintain some stability in the team now.

“For the first time this year we’ve actually had our list where we feel it needs to be from a talent and depth perspective,” he said.

“The nature of the competition is that if we can maintain some stabliltiy over the next couple of weeks and keep improving, we’ll pinch a result somewhere.

Trent McIntyre kicked five goals for the Demons, while Brody Haberfield continues his good form and Southport-listed Ben Merrett was sensational in his first Demons game of the season.

Demons midfielder Jesse Griffin injured his shoulder in the early stages, an injury likely to see him miss two weeks.

By quarter time, Perry-Bolt had five, and the Lions held 54-point lead over their fierce rivals.

By the end of the game, he’d kicked 11, could have had more and had seen off four opponents through the course of the day.

While he was a standout, it was the defensive elements of the game that Palm Beach coach, Daryn Cresswell, was most pleased with.

“We missed 46 tackles last week and that’s going to hurt the next line (of play),” he said.

“We had 25 tackles in the first and we were able to absorb their pressure and hold the ball.

Jackson Emblem was brilliant in his first game back for the Lions, while
Magpies coach, Glenn Humphrey, said his side was dealt a pretty harsh lesson.

“It’ll bring the boys back to earth and hopefully they can learn,” he said.

Humphrey said his side showed positive signs in the second, winning the quarter, but they lacked consistency.

“When we do things well it works, but we don’t do it for long enough periods and they punished us,” he said.

“Our effort at the contest wasn’t there and the guys didn’t try and change anything.

Dom Beer was strong for the Magpies in the ruck, while defender Doug Lawrence was admirable on an incredibly tough day.

Redland-listed Cory Hopkins is in doubt for the Magpies’ Rd 6 clash, after suffering a concussion.

Missing consistent defender, Nick Tomlinson, and with Adam Spackman, Jamie Hackett and Bill Pendlebury all set to make their way back into the side next week, the Panthers will have some difficult decisions to make.

Wilston Grange kicked the first two goals of the match, but it was all Morningside from there, with 13 of the next 15 majors.

Lake said his side showed more patience with the footy in hand against the Gorillas.

“Our focus through the week was about working between the 50s, both defensively and offensively,” he said.

“We worked hard through those areas and the linkage was really good.
Gorillas coach, Matt Trewhella, said it was a good learning experience for his young charges.

“We had some match ups with some younger guys and some senior guys from Morningside, so they could see how hard they worked,” he said.

“They (Morningside) really bring the game to you, they bring the aggression, intensity and physicality to a level we haven’t really seen before.”

Gorillas’ midfielder, David Tough, suffered a hamstring strain, but is likely to miss only one or two weeks.

Down by just two points at quarter time, the Tigers ran away with the match after that, kicking 11 goals to two.

Dickfos lamented his side’s attitude after the match.

“We didn’t look like we wanted to be there,” he said.

“It was just really poor.”

After a competitive showing against Morningside last weekend, Dickfos said the Labrador loss was a massive setback.

“This is about four steps backwards,” he said.

“We know the side’s young and we’re stepping up a level, but we’ve gone from one extreme to the other, where the majority today had no intent.”

Trent Fuller was a rare bright spot for the Hawks, in a defensive role on Tigers captain Ryan Davey, while Brendan Forbes continued his strong form in the ruck.

Dickfos said every part of his side’s preparation would be examined in the wake of the performance.

“We want our players to be footballers, not blokes who play football,” he said.

“Fitness, training, diet, all that type of thing – that’s what footballers take into account.

“They need to self-analyse, look at their preparation and find out what didn’t work.”