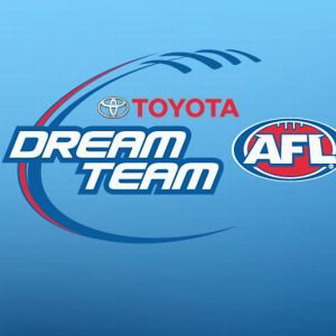 Two Queenslanders have come up trumps in the Schools Division of the 2012 AFL Dream Team and Tipping Competitions.

Both competitions received a great response from school students across Australia, and Queensland was no exception.

With awesome prizes at stake, competition was fierce. There could, however, be only one winner per state for each competition.

Ash Arrowsmith from Mountain Creek State High School has triumphed over 2,057 other students in Queensland to win the Dream Team Competition.

AFL Queensland caught up with Ash to gain an insight into his winning ways.

So Ash, how did you get involved?

A few years back my mate invited me into his league. I hadn’t taken it too seriously but this year I decided that I was going to give it a decent crack. I had a few good rounds at the start of the season so that’s when I decided I was going to try for an overall position and hopefully win some stuff.

What was your secret?

I’m not sure if I should be giving my winning formula away, but I take big risks when selecting my original side. I look for those players coming back from injury who are cheap, and also the players who lost form the previous year. The second thing I used to my advantage was the bye rounds which were the highlight of my year in Dream Team. A lot of other DT coaches hated the bye rounds but I loved them. They are time to really get your team set for the second half of the season. My other big secret is to research; find out who plays well against certain teams and who is good value. That’s about all I’ll give away, I don’t want too much competition next year!

How many hours did you put in per week?

It’s a bit embarrassing but most of my time on a Thursday night would go into Dream Team. I play a heap of sport, am getting good results at school and live a pretty healthy social life so it’s not like I dedicate my life to it, but I would be lying if I said I didn’t really study what was going on a lot because a lot of my spare time went into preparing for upcoming rounds. I was originally an NRL supporter before this season but I took a big interest in the AFL season and am actually playing school footy now.

The Dream Team Tipping Competition allowed students to demonstrate their knowledge of the game by selecting the teams they thought would be victorious each week. With over 7,000 participants across Queensland, students would have to bring their A-game. This competition saw the victory George Anderson, a secondary student form Pacific Lutheran College.

AFL Queensland sat down with George to learn some of his secrets to tipping success.

How did you get involved in the tipping competition?

I got involved with the tipping competition by looking online for a place to make tips on the AFL each week. This website came up and I was hooked straight away. I also knew that a mate of mine, Callum De Jonk was tipping on this website as well so I knew it was the place for me to tip.

What was your secret to tipping your teams?

There really was no secret for me. Just looking at the ins and outs for each team each week and then applying them to the team that they were playing. I also have to make credit to one of my teachers, who is a crows fan unfortunately. But Mr Shane Jurecky always had an insight to my tipping as well and a respectable margin that they would win by.

How many hours a week did you put into tipping your teams?

Tipping for me was really easy. I had to wait till Thursday night/Friday to see what the teams were and then I would spend probably one hour over the two to decide who I really wanted to tip.

It’s great to see young people getting involved and showing an interest in AFL.

Students wanting to give Ash or George some serious competition in 2013, or who’d like to simply give either the Dream Team or Tipping competitions a go, check out the following websites.