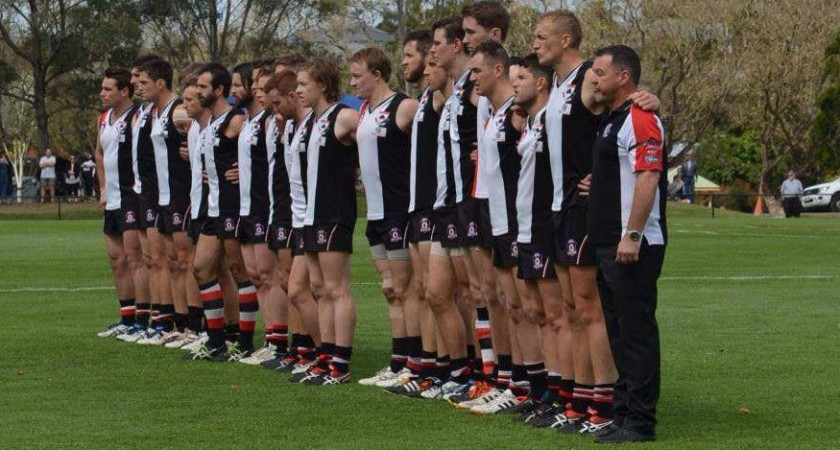 While the Morningside Panthers are leaving no stone unturned to ensure successful delivery of back to back Senior and Reserve flags in 2015 they are also focused on the delivery of success in future years.

In the senior football structure there will be a new head of football position that oversees the areas of senior and colts coaching, list management, player welfare and junior pipelines to provide a fully integrated package of long term senior football excellence at the club.

The highly credential current reigning Morningside QAFL premiership coach and QAFL state coach, David Lake, will transition into the new role of Panthers Head of Football for 2016. Diamond said this will provide football structure consistency while also allowing transition of a new senior coach into the Panthers ranks.

The new structures and positions are specifically designed to build on the Panthers core football strengths of junior development and ability to deliver a culture that retains longevity of players to the Panthers cause – as recently highlighted by both Nick Tomlinson and Kent Abey chalking up the milestone of 250 senior games.

The structure will also allow the senior coach to focus on – and be responsible for -coaching the senior list and not be dragged away into all the other club issues on and off the field.

“We remain absolutely focused on Season 2015 with our teams performing well to be contenders for honours again this year and those with the responsibility know what they need to do,” said Diamond.

“The MAFC Board and my role is to be ready for the next 2 to 3 years ( and longer). We have some great football talent lined up to fill the supporting roles and we can now can start to lock down a number of other positions and initiatives for the years ahead.”

When asked if the house was full, Diamond said “It is never full, we have just put in place a set of building blocks. However there are gaps including a key coaching appointment which is critical to our long term plan.We are fortunate to have a successful performance legacy built by others. Our obligation is to challenge and improve that legacy and not be complacent with what we currently have or what was good for the past. What doesn’t change is our values and commitment to our culture and performance improvement.”

So if anyone is interested in joining our team or has interests in coaching the Panthers in 2016 do not hesitate to contact  them soon!

Head of football – David Lake . David will move up to this broader role of Head of Football overseeing all senior football strategy, coaching, recruitment and player welfare.

Club Sponsorship Coordinator – Suzy Langford an experienced marketer and events manager, has been appointed to coordinate the clubs sponsorship and marketing opportunities.

Colts (U19) coach  – Steve Terry continues on after taking over the Colts reigns in 2014.

Players interested in colts and the Community team please contact Steve on Stevegterry@gmail.com or 0419-994433 for colts or James on Jokhome@bigpond.net.au or 0408 800 279 for the Community Team

By the Morningside Football Club