CRUNCH TIME FOR BLUES AND BOMBERS 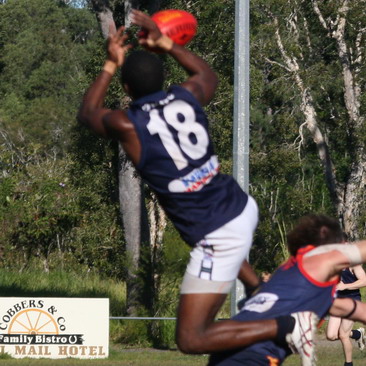 THE only way to look at the Gold Coast derby between Burleigh and Coolangatta is that it is an early elimination final.

The clash is season-defining for both the Bombers and the Blues who are eighth and seventh respectively on the ladder on 16 points.
The loser will almost be out of the finals race, the winner will remain in with a chance of some September action.
“We’re probably like Cooly at the moment,” he said.
“If we can string some form together, snag a couple of games against teams above us, then beat those teams around our standard, we’d have a shot at it.”
The Bombers had  not finalised their squad at time of writing, because several players had still to sort of work commitments.
But definitely out is midfielder Matt O’Brien while Ben Ranger is among the doubtful list.
Half-back flanker Jeremy Kohler is one inclusion and youngster Sam Brown is set to be promoted for his seniors debut.
Coolangatta have now had both their season byes, so the rest is up to them if they want to play in the finals.
After Burleigh, the Blues play Springwood (A), Western Magpies (H), Mayne (A), Surfers Paradise (A), Burleigh (H) and Noosa (H).
That is not too tough a draw and the Blues could conceivably win five of their remaining seven matches. Most other finals contenders have yet to have the bye which means they miss out on four points.
“It’s nearly an elimination final and if we lose it makes things difficult,” said coach Neil Mackay.
“Win and we’re still in the mix.
“But we’re not talking final/s because we haven’t beaten a team above us.
It’s about improving and trying to build a base, continuing to improve and get there eventually.”
Coolangatta have replaced Danny Maxwell  and Junior Henry with backman/forward Nathan Frost and possibly Joe Barrile, selected pending a clearance from Broadbeach.