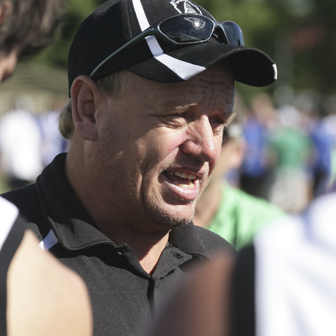 Craig Crowley has stood down as senior coach of the Southport Sharks.

Craig Crowley has stood down as senior coach of the Southport Sharks.

In a media release issued by the club today, Crowley indicated that after five years at the helm he felt it was time for a fresh start for him and the club.

Crowley has been senior coach since 2006 and coached his 100th senior game this year.

“Craig is a highly respected member of our club , being a player life member, a hall of fame
member and a member of the inaugural Sharks Team of the first 25 years (1983-2008),” said Southport Football Manager Jason Cotter.

“We thank Craig and his family for their invaluable contribution to the Football Club over his senior coaching period of five seasons, and wish them well for the future.”