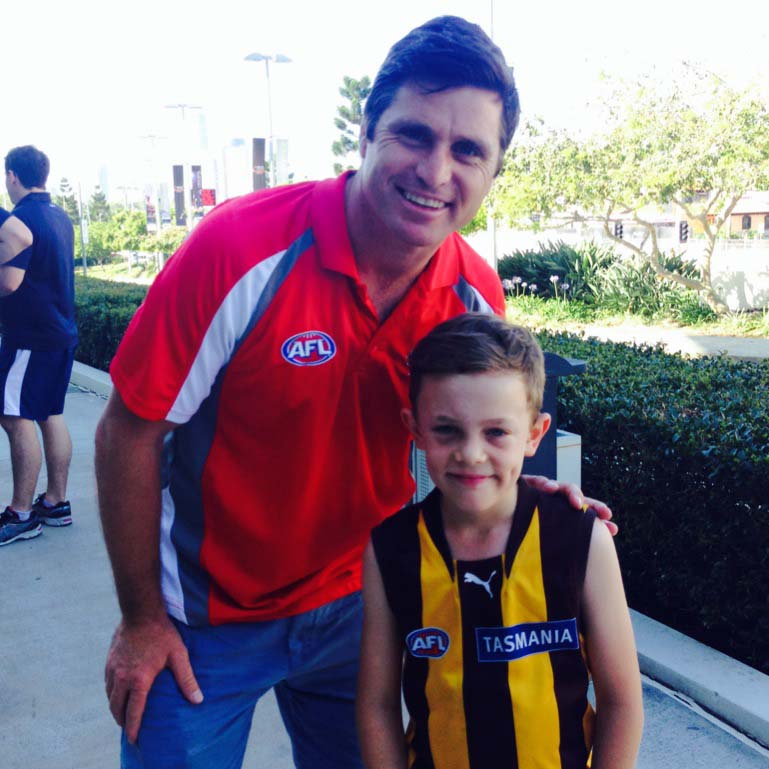 Hawthorn premiership captain, Shane Crawford, was at the races when he found out his AFL dream was about to be realised, in the 1991 draft.

On school holidays, Crawford was expecting his opportunity to come the following year, but the Hawks came calling early.

It’s fair to say a bit has changed since that draft 22 years ago, but Crawford said there’s one thing that hasn’t.

“There’s nothing more proud or exciting for a young kid who watches AFL footy growing up and who idolises a lot of the players and the next thing you’re down there being introduced in front f your teammates,” Crawford recalled.

“It really is a dream come true.”

And for the aspiring football players whose names are called out tonight, Crawford said the draft would only be the beginning.

“You’ve got to match it with hard work and listen to the coaches and make sure you put everything into it,” he said.

“It is a very exciting time. Not just for the players, but their families and little communities where all the players are from.”

As well as attending the NAB AFL Draft, Crawford was on the Gold Coast all day, visiting the AFLQ Schools Combine and Auskick Combine.

The combine included mainly players who had no history of playing Australian football, and Crawford said he was amazed by the growth of the sport in the Gold Coast region.

“The more I come to Queensland, the more I start to realise how many kids are starting to play the game and trying it for the first time (and) really enjoying it,” he said.

“It’s so great for the development of the game, which is what it’s all about.”

Crawford is used to seeing young talent, as the NAB AFL Auskick Ambassador, and said the most important thing was that players enjoyed the sport, at any level.

“Hopefully, they whet their appetite enough to keep going further down the track.

“I’m still very much a kid at heart and I’m still the same size as the kids so I fit in really well.

“It’s great to see them smiling and having fun and participating outdoors.”