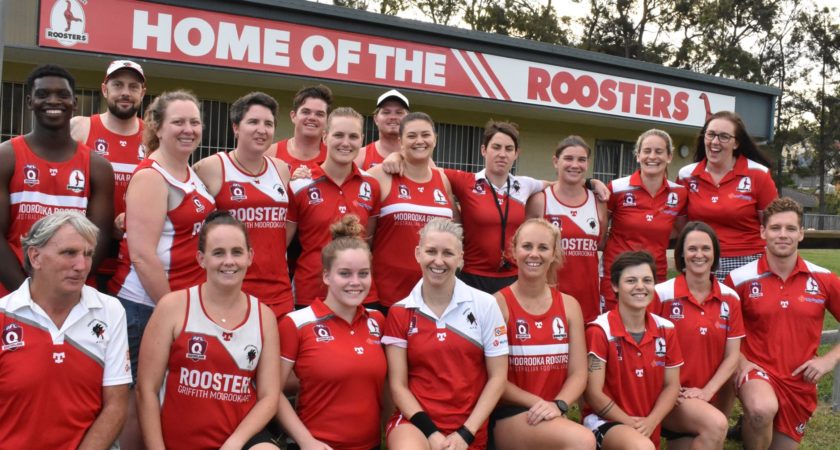 IT is the little Aussie rules club that could.

The Moorooka Roosters AFC is proof struggling sport clubs can change their financial situation with the right attitude and people in charge.

Within two years the club, which is 52 years old, has begun to thrive thanks to a bunch of innovative and passionate women.

While it has been a team effort, president and sponsorship manager Samantha Zanevra and her allfemale executive committee have been the driving force behind a lot of change and the reason the club’s sponsorship has tripled since 2018.

Mrs Zanevra is the club’s first female president in its 52-year history and has only been part of the Roosters family for two years.

“ … I found a new form of fitness, friendships and community that had the power to bring the broader community together,” she said.

“We are a non-for-profit organisation so we rely heavily on the support from the community and because of those who are partnering with us, we are able to give our members a better facility.”

Moorooka AFC has received “generous sponsorships” from a variety of businesses and individuals in the community and most recently $600,000 from the State Government to rebuild unisex change rooms.

The club has also spent $35,000 to fix up the clubhouse, including a new ceiling, lights, blinds, carpet and a paint job.

“We now have more than 18 local businesses supporting our club,” Mrs Zanevra said.

“The success we see around our club today is not because of a few changes but it’s the people who are actively involved in the club.

“I’m so proud of what we’ve achieved in two years.”

Mrs Zanevra hopes some fresh blood in the club will also see the four teams place better in this year’s competition.

“Having said that, our women’s team came third last year, our reserves came fifth, our masters first and our seniors were sixth,” she told the Southern Star.

“We have attracted many talented players this year, so (we’re) pre-empting finals for our seniors too this year.”

The club is located at 334 Beaudesert Rd.

They will play Ballina on February 22.